Cell Phone Privacy Invasion Threatens You and Your Family 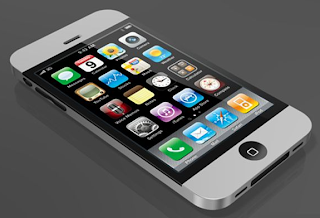 Los Angeles, CA—Cell phones have been a reality for nearly 30 years. The convenience and benefits of these wireless devices are enormous. Of all the people I know only one does not have one and he is considered strange.

There is a large segment of the population that is unaware that prior to cell phones, the phone companies kept only long distance call records. Today records are kept of every call or text message sent or received. This is beyond troubling.

The records kept have been bought, sold, used and abused at an unimaginable rate. I have seen thousands of records that were gotten through illicit means by private citizens, private investigators and cops. Then there are the legal governmental channels that lawfully obtain the records and even make public the records of innocent people in court cases.

During the ongoing trial of Michael Jackson’s doctor Conrad Murray, records were even broadcast internationally revealing calls and the private phone numbers of scores of people. This was a major privacy invasion.

Even records that have been obtained through warrants and subpoenas have been illicitly sold by government officials.

Rupert Murdock’s, News Corporation was caught with their pants down when it was discovered reporters were internationally stalking newsmakers using their private phone records.

There is a cure that’s really quite simple and that’s by forcing the cell phone companies to delete and destroy records after each bill is paid or to simply clock the phones’ usage for billing purposes.

If there are no records they can’t be abused. Cops can still get wiretap warrants so why do we need this kind of a privacy nightmare.

How many divorces have been brought on by spouses checking each other phone bills?

The GPS issues of cell phones are yet another Orwellian disaster. The abuse of those records is also rampant.

The cell phone companies and our government of course, continue with that disingenuous refrain, “Were only doing this for your safety.” That’s the same old line handed out by Nazi propagandist Josef Goebbels during the rein of the Third Reich.

So true. Big brother is everywhere, spying on American Citizens without Lawful Authority. This is what happens when the Republic slips away and the U.S. Constitution is ignored, after Socialists begin to grasp power, like here in the United States, under Obama. Although it started way before him, he definately is kicking it into High-Gear.

The American public have gotten electronicly conected to advanced tecknolagy one being the internet super highway added with the convience of smart phones is genus consperacy and is a mass invasion of privacy witch troubles me greatly America home of the brave land of the free I can't spell worth a dam but I'm not an ediot ither we've been turned into sheep or guiny pigs, witch is a major lack of respect to the American people.