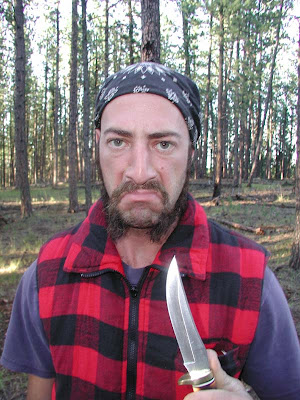 Many people ask me how to deal with an in-progress violent crime. That is a crime were the offender is armed or the threatened force is overwhelming as in multiple assailants. This is not some movie or TV show but real life.

Let me begin with words you can live by, “Conflict avoidance is always the best policy.”

Many people look at this subject as repugnant because it involves violence and perhaps even killing. Too often people refuse see the opposite side of the picture where guns save many more innocent lives every day. I’m writing to protect human life from the most dangerous predators on earth, their fellow human beings.

There are those who carry firearms for self-defense. Most thankfully live where the law allows that with or without special carry permits. There are also those who live in New York, California or Illinois that criminalize the carrying of self-defense weapons. The rules for the use of deadly force, are the same everywhere in the United States, and its possessions.

Today the Heller and McDonald Supreme Court cases allow you to keep and bear arms in every state. State laws in conflict with Heller and McDonald are no longer enforceable but until they are overturned one at a time renegade jurisdictions will try and prosecute you.

You’re confronted by an armed assailant/s or you confront one. The seemingly fair thing to do is warn him to drop is weapon or cease his attack. That unnecessary sense of fair play is foolhardy and will get you killed.

Should you walk into a supermarket or restaurant stick-up and have a clear shot at an offender, take it! You may never have another chance. Just because you hit your target does not mean you’ve stopped him. You must remember over 60 percent of those shot survive and that means he will be shooting at you or cutting you with his knife. Of course you keep shooting until the offender is stopped.

In all 50 states there is no requirement to warn anyone to drop anything or to stop before using deadly force in self-defense or defense of a third person. Frankly shouting warnings and especially firing warning shots is terribly risky business.

Warnings do little but increase the flow of adrenalin in your adversary’s bloodstream. You are already in grave danger, why give a dangerous criminal a chance to show off his superior reflexes and killing skills?

I say always avoid the conflict whenever possible. Just because you’ve got a gun you’re certainly not invincible. But when you’re in a situation with no graceful exit strategy, the best plan is always to be able walk away rather than be carried away.

Once the shooting seems to have stopped collect the weapons for yours and the public’s safety and get away from the scene before additional criminal accomplices begin arriving. As always, don’t ever talk to police or answer questions without a lawyer by your side.
Posted by Paul Huebl Crimefile News at 9/10/2010 05:14:00 AM

In my wallet and just behind my CCW permit is my attorney's business card. If I use what the first is about, the latter is readily available.

I always get a kick out of it when newspapers quote a police spokesman after a cop shooting. They almost always say the officer "identified himself as the police" or told the offender to "drop his weapon" before they shot him. Makes me giggle, for obvious reasons.

"Once the shooting seems to have stopped collect the weapons for yours and the public’s safety and get away from the scene before additional criminal accomplices begin arriving."

Doesn't this advice open an individual up to prosecution under "flight equals guilt"?

You safeguarded the captured weapons and hopefully you’ve got your attorney to make them available to police. Fifth Amendment trumps flight jury Instruction every time.