Why Solving Ghetto Killings In Chicago Is The Last Priority 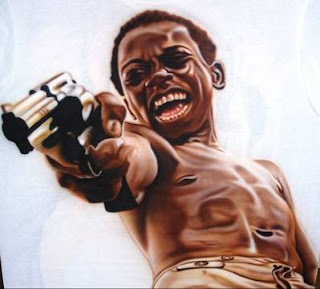 Chicago, IL—When Chicago police do the job they were trained to do people are arrested taken to jail, tried and in the vast majority of cases convicted.

When Ghetto Rats are arrested, the natural way friends and family members of the accused do what they know works to defeat the arrest. They go to the politicians, local ministers and media as they complain and hold protest demonstrations. Of course this always comes with the obligatory phony allegations of racial profiling, brutality and falsified evidence.

Chicago cops are underpaid, undermanned, outgunned, demoralized and simply tired. They and their families are exhausted from drowning in a sea of chaos every time they make an arrest. The constant phony allegations, internal investigations, and stress related to doing their job has taken a terrible toll.

Are cops assigned to ghetto districts suffering from a form of Post Traumatic Stress Syndrome? I have to suspect that’s been the case all along. There can only be one treatment and that’s to avoid contact with the community that will turn negative. No confrontations, no arrests, no stress, no media accusations, no internal investigations keep officers healthy with secure employment.

Cops have children to support, house payments and responsibilities we refuse to saddle the Ghetto dwellers with, in our Socialist, entitlement driven society. If cops do their jobs properly their marriages, financial stability and very lives become endangered.

The political and racial climate of Chicago has cops in a constant state of siege. Cops have to protect themselves and their reputations. That’s not the fault of the cops but the Mayor and City Council that are so desperately trying to stay in power so they can enjoy the fruits of their unbridled corruption.

Chicago cops can never be motivated to doing what must be done to remove predators, thugs and drug traders from the city’s streets. As long as every cop know that doing their job will bring them deceit, despair and doom they can’t be forced to do anything but avoid trouble.

There is no solution except to educate Chicago’s African-Americans and strip them of their bankrupt culture of violence and lawlessness.

That same culture keeps African-Americans at the lowest possible rung of our society. They are ignorant, unemployable, violent, addicted, lazy, and most importantly needy. To allow for this mutation of a human species is deplorable and beyond racist.

The only possible salvation for a ghetto child is to somehow find a mentor from outside that will motivate and assist them to somehow break free of their pathetic single mothers and pre-programmed, impossible plight.

The politically correct and required tolerance for Chicago’s deplorable African-American culture is what has corrupted generations of people. These people should and would become self-reliant, educated and productive human beings but for some insane social engineering experiment gone terribly wrong.
Posted by Paul Huebl Crimefile News at 7/25/2010 07:29:00 AM

"These people should and would become self-reliant, educated and productive human beings but for some insane social engineering experiment gone terribly wrong".

I disagree, yes insane but as you so well layout it did not go wrong but rather just as designed.

Someone at the Economical Policy Journal linked you article to. “The results of the LBJ Great Society Program are in.” That’s very fitting since that where things really went wrong.

The direction of the Leftists in our government to create a totally dependent sub-species of humans began before that.

They succeeded beyond their wildest dreams to create millions of unemployable, ignorant Socialists. They only know handouts or criminal conduct to get the necessities of life.

This was a very racist social engineering program with horrible results, indeed.

You said a mouthful Paul with this column!!! Way to go!

cops are tired etc.... then quit . pure and simple. nothing puts you above the law. your boss daley is your real problem. when the shtf the public youve been screwing with will fix the daley and black problem . just remember oathkeepers.org.