Every American Taxpayer Is Now an Abortionist 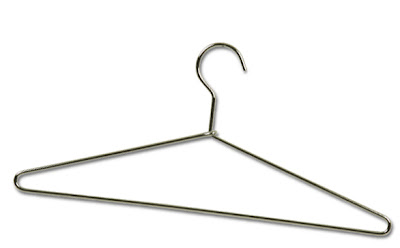 Washington, DC—Barack Obama signed a contract of sorts and promised America that the massive ObamaCare legislation would not fund abortions. Many members of Congress voted for the bill based on those assurances or that Marxist inspired legislation would have never passed.

Personally I dislike abortion as an ugly alternative but in some cases I remain convinced they may be necessary. Unfortunately abortion has become nothing more than a bloody form of birth control, for the irresponsible. I even think government should pay for this nasty procedure under certain conditions beyond just the life of the mother. More than elective abortions, I dislike deceptive politicians.

Obama has lied in a big way since millions are going to establish abortion mills despite anything Obama promised. Obama dared to label those who voiced doubts about the claims of no public abortion funding as liars. In the end it’s Obama who is again the liar.

Every American taxpayer is now a willing accessory to the extraction and demise of innocent fetuses. Anyone who sends money to the government is as guilty as the person holding the suction device actually doing the abortions.

Those Americans that feel justified to use violence to stop abortion now have lots of deserving targets for their wrath starting at the Whitehouse. Those who want no part of taxpayer funded abortions or violence can only absolve themselves by refusing to pay any taxes bound for the federal government. Frankly tax resistance could shut the monster down quickly. I guess how this plays out depends on just how committed the abortion foes are to their core values. I think we will see just how committed those right to Life activists are.

One thing for sure America needs to evict the Communist traitor from the Whitehouse immediately. Waiting for 2012 will certainly enable the destruction of our Constitution and way of life.
Posted by Paul Huebl Crimefile News at 7/16/2010 09:54:00 AM

What's the big deal? It's only an abortion. It's not like someone is going to die.

In order to achieve a positive effect on tax resistence this would require everyone on-board to and including every company and/or corporation.

That will never be achieved, period.

As to Husseins immediate removal, I concur.

That said, we do have a process in place set out in the Constitution called voting. Waiting has never been a pleasure but we as a nation can slow Hussein down if not stop his socialist agenda in it's tracks by voting properly this time around in the congressional mid-term elections.

Yes, because our votes truly count, Christopher. Man, I wish that were true.

Since I am not a woman and unless I have the same gene like Arnold Schwarzenegger in that movie, I am never going to have to experience giving child birth. Aside from serious circumstances like rape, I think a woman has to really think about what she's doing. There have been reported cases of C-section birthed kids cry and live even when as little as 2 months have gone by. So the whole idea about when life actually begins is ridiculous.

Wow, way to be bold there Paul. And unfortunately I have to agree with you although to make myself feel better I am going to say by proxy I am an taxpaying abortionist.

Slow down a little, you paint as a man who supports baby murder and I am far from it.

All I am saying is that for your idea to work ALL hands need to be on deck.

Tax resistence or boycotts of say GASOLINE have been tried over and over but fail miserably due to the fact that ALL hands were NOT on deck.

These States may be United but damn sure as I'm sittin here the people ain't!

I did not choose the system but it's all we got unless you want a REAL REVOLUTION (which I am NOT against) then live with in it.