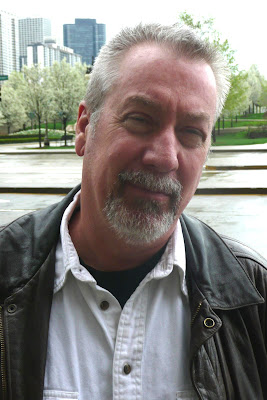 Joliet, IL—Prosecutors have turned tail and fled from selection of a Jury tomorrow after the Judge in the case ruled against some of the hearsay statements against retired police sergeant Drew Peterson.

Citing their wish to appeal the ruling, Will County State’s Attorney James Glascow has asked Judge Stephen White to continue the case. Because of the time involved in perfecting such an appeal the case could take six months to a year before a trial could commence.

Under those circumstances it’s now clear there is a substantial lack of evidence and Drew Peterson will likely be ordered released. Peterson has been in custody for a year since he was indicted and arrested on a charge of murdering his third wife Kathleen Savio. There is the serious issue of speedy trial rights of anyone accused of crimes in America.

The difficult part for anyone reporting this story is that motions are filed under seal and the lawyers are barred from talking about specifics of the hearsay conversations excluded from evidence.

One thing for sure, the case against Peterson always was incredibly weak and if Peterson is acquitted they won’t be able to try him again should any real evidence surface.

Prosecutors and police have been recently claiming that they’re close to locating the remains of Peterson's fourth wife Stacy Peterson who has remained missing. It remains to be seen just how true those claims really are.

Prominent defense team member, Joe “The Shark” Lopez said Glasgow. “chickened out, since he has no case.” 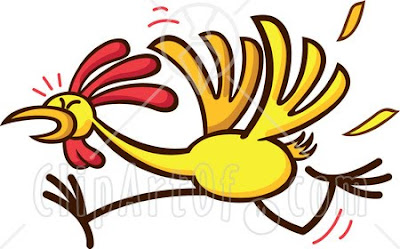 Peterson is expected to be released from custody in time for lunch tomorrow.


In the mean time all those people that hate drew Peterson will have to return to wringing their hands and relentlessly complaining about the rights of an accused to a fair and speedy trial.


Update 8 July: Judge Stephen White just ruled that Peterson must remain in jail. That ruling will get quick review by the Illinois Court of Appeals. I suspect Judge white did not have the gonads to do his job because of all the whiners.
Posted by Paul Huebl Crimefile News at 7/07/2010 03:40:00 PM

The man is a slimeball and he probably is guilty of the crime.
That said, he is entitled to a trial where real evidence is presented. No evidence no conviction. He must be freed.
Maybe the 4th wife's body will be found and evidence that he killed her will be present. We live and hope.
Paul in Texas

Peterson is only a slimeball if he killed one or both of these women. Lacking any legitimate evidence in America we don’t punish people.
Peterson’s for every purpose an innocent man who has been jailed for a year unreliable gossip.

I have to disagree with you there Paul.

Assuming that Peterson DID NOT kill anyone (which I do, because the allegations have never been proven) he is a a sleazy guy.

I realize that this is a subjective term, but the manner in which he has conducted himself while under a cloud of suspicion of killing two wives as not been that of a class act--far from it.

In addition, the man is his own worst enemy.

Anyone who has been around criminal investigations for any substantial length of time knows that the last thing in the world that a suspect would do is give the investigating officers a personal reason to pursue the case.

The second thing one needs to avoid (not necessarily in that order) is looking smug, caviler, or emotionally unaffected about a loved one's death. Many a juror has been swayed to convict by a smile or a smirk where there should be sadness and grief.

But Peterson is such an arrogant egomaniac that he cannot resist taunting police and prosecutors and otherwise clowning for the news cameras.

Thankfully in a free country you can’t be jailed for being a sleazy, arrogant jerk. That would put nearly every politician and bureaucrat we have behind bars.

We can never lose sight that only real evidence of guilt rather than hate or irritation in the determination of guilt for accusations.

Hey, Paul--you're preaching to the choir on this one.

I was merely responding to your comment that "Peterson is only a slimeball if he killed one or both of these women."

One does not have to be a killer to be a slimeball, and all murders are not slimeballs.

Nor is it a crime to be crude, inappropriate, offensive or politically incorrect.

God help you though if you ARE charged with killing your wife and the jury THINKS you are crude, inappropriate, offensive or politically incorrect. Because in this current climate that + some suspicious circumstances could well result in a conviction.

Look, for example, at what I thought was the relatively weak case against Scott Peterson. The fact that he was having an affair (while his wife was pregnant) and lied to his trailer park GF in recorded call after recorded call (even when he was at events for his missing wife) + the suspicious circumstances of the case is why he was convicted (in my opinion).

Had there been zero evidence of infidelity (let alone all of those prejudicial tapes that were let in even though he never took the stand and his credibility was not at issue) I question of the guilt phase verdict would have been the same.

But Officer Peterson should know this better than anybody, and he is just playing into the prosecution's hands.

Steeley Dan
Peterson is a slime ball and an arrogant ass but in order to convict him of murder the prosecutor needs factual evidence. As much as I dislike him, if I were on the jury, and the prosecutor had only the hearsay, she said, she said, type of BS and no ability to cross examine the witness I would have to vote for aquittal. I hope you didn't think I would convict someone because I didn't like him.
Paul in Texas