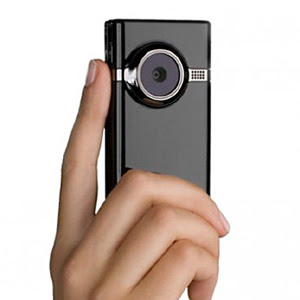 For the most part cops don’t like citizens with the power to shoot and publish video of their conduct for the entire world to see. Many cops like press attention for the good deeds they do every day and ham it up for reality TV shows like COPS. Dealing with some ghetto kid with a cell phone camera is another matter.

These days quality video cameras are very cheap and tiny. Putting video on YouTube is a snap for any fifth grader these days. Videos of police in action become viral and get millions of viewing hits. Your deeds good or bad can be seen all over the world.

Motives vary for those shooting video of cops in action. I want and need video for this blog. Getting the video without cops becoming unglued is an art even for me. I rely on my First Amendment news gathering rights. I have no interest in catching cops in compromising positions or causing them difficulties. I do however want to be able to show real pros being proficient under difficult conditions.

Getting caught without the required uniform cap is a minor transgression in some departments that can get cops suspended for as much as three days without pay for a first offense. Cops understandably can get jittery about how and where their image will be used.

Some states have laws that require all parties to private conversations to consent to being recorded. It’s not really about consent but rather recording aren’t made in a surreptitious manner. The parties to the conversation can simply shut up if they don’t want their voice on tape. To continue talking after you are aware of the recording is implied consent to be memorialized on tape.

Most of the time when cops arrest people for recording them it ends in civil damages being awarded to those who dared to record. It takes years for such cases to grind through the courts.

Illinois is tricky in that the statute reads one way but case law established in 1990 has gutted the statute eliminating the need for ordinary citizens to obtain consent. The courts in Illinois have called such recording as “enhanced note taking.”

It’s conceivable a cop lacking that important information could make an eavesdropping arrest based on the statute that’s still not been taken off the books 20 years later! That officer and or his department will wind up paying damages for those arrests.

The reality is every American is on a video stage when out in public. Most surveillance cameras are visible but many are concealed or just unnoticeable to most folks. Cops must assume that someone has video of them and act accordingly because more than likely that’s the case.

The flip side of this is that lots of great police work has been caught on tape. The tapes have led to recognition for a job well done and many such tapes are put into police training materials for recruits to emulate.

Arresting someone making a video recording of a police action is always really ugly. Officers making such arrests always look mean, tyrannical and operating on anger rather than the law.

Many people want to embarrass the police and for cops to play into the hands of their tormenters is a terrible idea. Making an arrest and then tampering with or destroying the recording can lead to felony evidence tampering charges later.

Many people with cameras fully support the police and hope their recordings will somehow aid in prosecution, document professionalism and unfound bogus complaints. The truth is the vast majority of videos being shot on our streets show cops in a good light because they simply follow their training. The vast majority of cops only want to make our world safe from predators and enjoyable and that’s why we need them.

Cops need to remember they are players on the stage and everyone is watching them. Cops are often the best entertainment in town and need to smile for those videos. Your actions will be replayed a few million times on YouTube. You can be seen as professional with a wide smile doing good or an angry tyrant with a scowl inflicting misery.

Officers, like it or not, you have the stage so make it your showcase.

I shot the below video with a $100.00 Flip Mino HD camera. Imagine who you’ll look in your Cecil B. DeMille Close-up.