The Only Cure To Chicago’s Violence 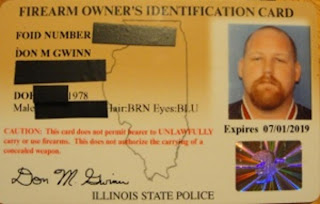 Chicago, IL—In Chicago the ghetto rats know the cops are too ineffective to even begin to controlling them.

Cops are bound by stringent rules and discipline. Cops are not allowed to arm themselves with more effective weapons and will never have parity with the thugs.  This is aggravated by the mismanagement and theft of taxpayer funds in a terrible economy.
The law-abiding people in the community are not allowed to help beyond snitching and they have no reasonable means for self-defense when the thugs retaliate.
To take control of Chicago’s streets police need a cooperative effort between armed, law-abiding citizens and police. In the words of my friend, Professor John Lott, "More guns, equals less crime."
The only cure:
1.    A right to carry law for reasonable self-defense.
2.    Free firearms training including the laws and liability of the justifiable use of deadly force.
3.    City leaders must invite the law-abiding to use all necessary and lawful might including deadly force to protect their homes, families and selves.
4.   Police should encourage armed citizens to display their FOID cards that identify them as law-abiding but armed citizens during those times when police have responded to a tense situation.
We are at war with violent criminals and throughout history no war has ever been won without citizen-soldiers accepting their responsibility. The police can’t solve this problem alone.
It would not be difficult to convince certified firearms instructors to teach classes in local churches and community centers on a voluntary basis.  Gun ranges are cheap to construct and Chicago has lots of vacant land.
Measures like these are not new in America. They are lawful and will create the needed partnership to control violence and keep the peace.
You cannot expect disarmed and helpless people to risk their lives helping police or even informing on the dangerous thugs that rule the ghettos.
The ghetto rats could face extinction if only the City of Chicago would develop a mindset to make productive and law-abiding citizens an important part of the solution.
Posted by Paul Huebl Crimefile News at 7/30/2010 08:58:00 AM