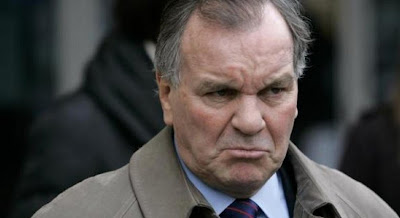 Chicago, IL—The ink was not dry on Chicago’s defiant new gun ban before a new federal District Court lawsuit was filed against Mayor Richard M. Daley and the City of Chicago. The new case is Benson vs City of Chicago.

The plaintiffs are asking that the new effort to keep Chicago’s law-abiding citizens disarmed be declared unconstitutional and an injunction be issued preventing its enforcement.

The complaint which is attached below also contains verbatim quotes from members of the City Council insulting and criticizing the United States Supreme Court as they conspire to violate the Civil Rights of Chicagoans.

The gratuitous remarks of the Council members quoted complaint are a window into their lawlessness and intent to simply defy the law of the land.

The core of the City of Chicago with its residents "on board" should have a moat dug all the way around so it can be broken off and floated away into the lake. A fleet of tugboats could then shove it up into Canada's ... uhm, "province" where it belongs.

(Just make sure they leave Portillos in the US.)

Paul, I have to give you a lot of credit for bringing us more than a rehash of stories available in the media. The speed in which you bring original content and often the actual court documents is always incredible. I don’t know how you do it, but please keep it coming.

If TV news and newspapers did what you do they would not be in so much trouble. Why should I read the Sun Times or watch ABC 7 news just to get their spin and no real information.

On this Chicago gun thing you posted the supreme Court opinion, the new ordinance and now the first lawsuit quicker than anyone anywhere.

News organizations and their journalists don’t hold a candle to many bloggers. Please keep up your great work.

Daley won't even let his retired cops qualify in the city at the police ranges. The disabled cops can't even carry a gun. It is time to overthrow all these politicians I just wish these laws would help get rid of the clout ridden ,inside do nothing bosses we got on CPD. Chicago and it's politicians and police brass truly believe they are above the law and above the Supreme Court.

I wanted to bring this to everyone’s attention about Daley’s absurd anti-gun ordinance. In Illinois to violate an ordinance is not a criminal offense. When you go to court the rules of civil procedure are used, not criminal procedure. In essence it is like the city is suing you for your violation. In civil procedure the burden of proof is only a “preponderance of the evidence”. Civil procedure does not require that you be found guilty beyond a reasonable doubt, only that you be found guilty by the greatest amount of evidence. The prosecutor in an ordinance violation case isn’t even the State’s Attorney, he is an attorney in the employ of the city.

The burden of proof issue is very important because of this a person may not be jailed in Illinois for the violation of an ordinance because they do not stand criminal jeopardy in the court proceedings.

Therefore Daley’s demand in the ordinance that violators receive at least 20 days and up to 90 days jail time is completely illegal and un-constitutional. For the state to jail a person they must prove beyond a reasonable doubt that they committed a crime.

Daley is an outlaw and he feels he can do as he pleases and deny you even your basic civil rights.