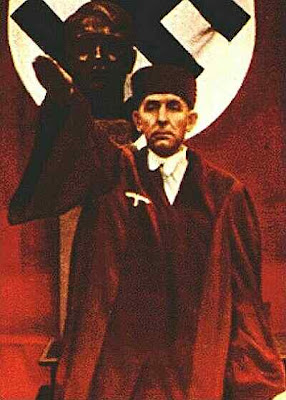 Joliet, IL—Prosecutors could not find evidence to support their suspicions that retired Bolingbrook police Sergeant Drew Peterson killed as many as two wives. A lack of any tangible or admissible evidence was no problem for the Will County State’s Attorney because he had a solution.

The top prosecutor, James Glasgow took his "solution" of twisting the Bill of rights and allowing hearsay evidence to be used at trial against Peterson straight to the Illinois General Assembly. Suddenly, unlike other accused people Peterson would be denied his right to face his accuser. Convicting Peterson was a much higher priority than preserving the right to a fair trial to these wayward politicians.

The new, Drew Peterson Hearsay Law was enacted just for this case. The Illinois legislature also required the trial judge to first determine and rule that one or more witnesses were murdered by Peterson before the trial in order to allow for any hearsay statements. Without a trial a judge would have to be clairvoyant to make such a determination. This bizarre concept is unprecedented in American justice.

To inform the jury pool that a judge has already determined guilt is un-American, outrageous and grossly unfair. To preclude that from happening Judge Stephen White ordered such court documents to be sealed. Of course there are sometimes savvy people on juries that may know the quirks of the new Peterson Law.

The unthinkable happened when reporters got a copy of the sealed judge’s order and spilled the beans. The big story today is that Judge White actually determined and ruled that Peterson probably murdered two of his wives.

Even if no hearsay is allowed in the Peterson case, the damage caused by the leaked documents can’t be undone. The real impact of this “accident” is that Drew Peterson can never get a fair trial anywhere. There is no fix for this one except to dismiss the single murder count against Peterson with prejudice.

There can be no excuse for our prosecutors and courts to trample on the rights of an accused. If they can do it to Peterson that can also do to you or someone you love. History is replete with courts pretending to dispense justice.

I'm sympathetic to your point, but it's not that unprecedented in American law to allow use of non-testimonial hearsay in criminal prosecutions where the witness is unavailable. For example, look up the exceptions for dying declarations and admissions against interest. And read Crawford v. Washington -- carefully. http://www.law.cornell.edu/supct/html/02-9410.ZO.html.

America as we knew it is finished. worldwide Communism is now here. it was the 3rd Secret of Fatima that the Pope was so horrified to know that he wouldnt reveal it. It announced the end of christianity , worldwide communism, World War 3, and the End of Times. 666 now leads our World. Only the return of Christ to Earth will stop this, we can no longer do anything about it except pray.

Nowhere in America has there been a case where it’s common knowledge that a judge as actually ruled the defendant is a killer before a jury hears the evidence.


Because some other court wants to bar a defendant his right to face an accuser never makes it right. Hearsay does not belong in criminal trials. Dying declaration s are rare and not involved in the Peterson case.


There are plenty of morons that want to destroy the Bill of Rights that good men have fought and died to protect. Give up your rights but leave mine alone.

I don't like Peterson, and if he was dating my then 18 year old daughter when he was in his late forties, he'd be the one pushing up daisies.

BUT, we're a nation of laws, for everyone. Without the tangible proof, they must release him, give him back his FOID and his guns.