At Last, A Worthy Candidate for Cook County Sheriff 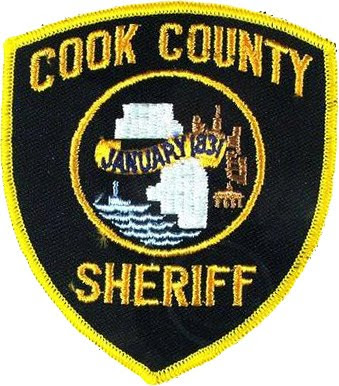 Chicago, IL—On my very recent trip to Chicago I attended a freedom rally at the State of Illinois building plaza. They were celebrating two U.S. Supreme Court decisions that reaffirmed the rights of all law-abiding Americans to keep and bear arms. I visited with many old friends and met some new ones at this friendly gathering.

I was very delighted to meet a young career cop who is wise, well beyond his years. Sheriff's candidate Frederick Collins wants to resurrect the Cook County Sheriff’s image, professionalism as he earns respect from the voters. Collins told me he was at the rally to celebrate with those assembled and to meet and greet them. I must say, I was impressed.

I’ve watched nearly forty years pass in Cook County as the Edward Burke Crime Family had nearly absolute power over the city and county. The power controlled every move made at the Sheriff’s Office.

The office of Cook County Sheriff’s Office once had real term limits ousting every one after a single term until the mob wanted their favorite one to stay. They law was changed just for Richard Elrod who was elected in a 1970 race so close it took four months to re-count the ballots. The Democrats kept counting until every vote from every Cook County cemetery was counted. Elrod was installed by a fixed election.

Elrod soon gutted the merit system established for hiring and promotions and went on to become the worst Sheriff ever. When Elrod was finally appointed as a Circuit Court Judge in 1988 he was succeeded by Democratic Party hacks that never served the voters.

Chicago’s Sheriffs have smeared law enforcement for far too long now. There are plenty of good men and women that go to work every day dreading the political intrigue inside the Sheriff’s office. The stench of corruption here is overpowering and now is the time to bring integrity, professionalism and honor to this important office.

Because Chicago’s African-American substantial Democrat voting block tends to only stray from the democratic ticket for candidates of their own race and that Regular Democratic Organization controlled by racketeering criminals only a Democrat can win. That is until now.

Collins is a proven Chicago police crime fighter who has worked in my old Monroe Street (012) District. Collins is a political Conservative that owes and pledges his allegiance to the Constitution and voters not the Daley/Burke Mob.

Collins has vowed that he will do all he can to bring down the draconian and unconstitutional gun laws that inhibit the right to lawful self-defense. Collins wants Cook County to protect the rights of all law-abiding citizens to carry concealed firearms for lawful purposes.

Collins granted Crimefile News and interview so you can meet him in that discussion seen below.

Please support this lad with a generous contribution you can arrange at www.collins4sheriff.com