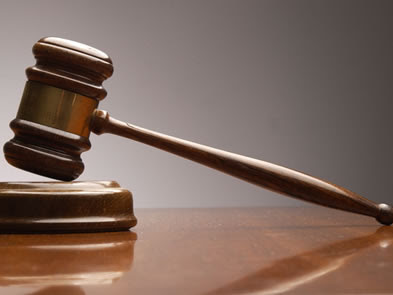 Chicago, IL—The U.S. Supreme Court’s opinions in the Heller and McDonald matters will bury Mayor Richard M.Daley and other Chicago officials under litigation.

For some 28 years Chicago’s politicians violated the civil rights of citizens to keep and bear arms for lawful self-defense. Many people were arrested for being in possession of guns city officials banned. Their firearms were confiscated and ordered destroyed by local courts that marked the victims with a criminal record.

Many people were denied employment because of the criminal record they were branded with for engaging in constitutionally protected activity. In addition these people sat in jail cells, paid for bail and legal fees. Some people even had their automobiles confiscated. There were other factors too numerous to mention here that were simple punishment that was unlawfully administered.

A class action federal lawsuit was filed, Second Amendment Arms, et al. vs City of Chicago, et al. seeking compensation for those victimized by Chicago’s politicians. The fun part is that those responsible and named individually as well as in the official capacities. Perhaps these despots can be bankrupted for their transgressions.

Can the city afford the continuation of violating the gun rights of people that will be able to sue for every arrest over the possession and carrying of firearms? Yes, I said carrying since the court held that the people have the right not just to keep arms but to bear them as well.

If you think you should be made a member of the class to be compensated you should contact the lawyer listed at the bottom of the attached complaint.
Chicago Class Action Gun Complaint
Posted by Paul Huebl Crimefile News at 7/15/2010 07:00:00 PM

This is really great; everyone injured by Daley deserves compensation. I wonder if Jane Byrne is named in this too ? She started the gun ban. In any case, you know it will be the taxpayer slapped with the entire bill on this, even if Daley is ordered to pay out of his pocket. That den of thieves known as the City Council will vote to pay it for him somehow. He isn’t going to lose a dime over this.

It is hard to make a dictator like Daley responsible for his actions when he has the City treasury as his personal ATM machine. Jail is the only thing that can hurt Daley and with the Federal Prosecutor Patrick Fitzgerald in his hip-pocket right now, that isn’t going to happen any time soon, not until Obama is gone anyway.

I wonder how Fitzgerald feels about being Daley’s whore. I thought that guy had some dignity.

Bankrupt the city even faster!!Anyone who was arrested,charged or had their property taken should get in on the suit.