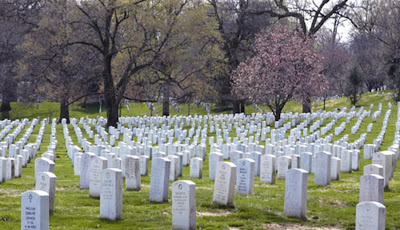 Washington, DC—I will begin by blaming George H.W. Bush and then George W. Bush. Barack Obama is no better here at all.

John F. Kennedy in an honorable effort wanted to protect countries in Southeast Asia from the Communist menace sent our kids to war.  We took over for the French and began to sacrifice some 60,000 of our country’s kids protecting South Viet Nam. For everyone killed there were five more with horrible injuries both physical and mental.

Soon the Communists and Socialists within our own government began obstructing and aiding our enemies. The Socialist majority in our Congress made sure our military did not have the tools or orders to stop the invasion from the North including China. The war was prolonged until our exhausted soldiers were withdrawn.

Millions of non-Communists were murdered in the holocaust that we allowed to take place after. It was a victory for world Socialism.

Now these politicians have sent our kids off for the impossible task of separating good Muslims from the bad ones in Iraq and Afghanistan when we should have simply turned both countries into nuclear wastelands.  13th century style Muslim tribes are simply sending our children home in rubber bags or wheelchairs.

Those backward countries will threaten us until we blow them out of existence. If we are to fight a war we must do what it takes to win it and our government does not want to happen. There is no point in the vast waste of military resources and American lives in a pretend effort.

It’s time to fold our tents and go home. We are not the world police force. American patriots need to start a war against Communism and Socialism at home. We must clean our own house now. There are lots of Communists that need eradication within our own government here. If blood is to be spilled, let it start here since the survival of liberty and free enterprise requires that. A good Communist is a dead Communist.
Posted by Paul Huebl Crimefile News at 7/29/2010 10:24:00 AM

Is that statement a barbaric bloodthirsty cry, is it an act of intolerance ? Not at all, such a thing should be regarded as an act of self-defense. Carl Marx wrote the “Communist Manifesto” and is the father of the political ideology known as Communism. Marx regarded genocide as a tool of social engineering. He advocated that institutions and existing social orders must be erased by brutal force. He advocated not ethnic cleansing but class cleansing. He argued that during the period of cleansing, converts to the revolution were not acceptable because certain elements of humanity do not possess the intellectual ability to grasp the revolutionary ideologies. Such unacceptable elements must be eradicated because they only serve to chain humanity to the old ways. Marx believed humanity would not fully graduate to the utopia of his ideals unless it is freed from the classes of people unable to understand his revolution.

We’ve seen this cleansing process undertaken in many socialist / communist regimes in recent history, Russia, China, Germany, Cuba and Cambodia to name a few. To Marx a genocidal class cleansing was not optional and his disciples have carried out such programs with zeal murdering millions upon millions. Any person who truly understands Marx and his communist ideology knows this and any person who embraces Marx’s teachings embraces genocide.

If you would like to learn more about the true nature of Communism and it’s related political movements known as Socialism and Fascism an excellent film to view is a Latvian documentary made in 2008 called “The Soviet Story”. It is about the horrors of the Union of Soviet Socialist Republics (USSR) AKA the Soviet Union. It is a very moving and gripping film but be warned it is brutally graphic and not appropriate for younger children.

And here you can download or view a free version of the film:
www.archive.org/details/TheSovietStory

Self-defense is not a crime, it is a natural right. Communists, Socialists and Fascists are all Marxists. They will relentlessly murder if they can.