Why Daley Can’t Restrict Guns In Chicago Like In DC. 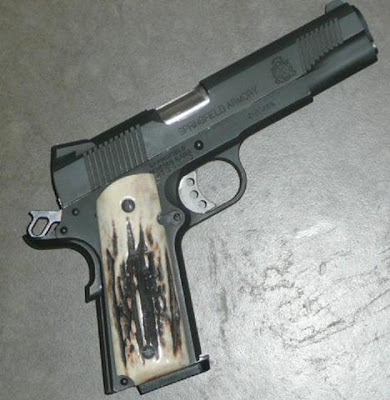 It’s been two years since the gun ban in the District of Columbia has been defeated. DC officials required training, testing, fingerprints, ballistic samples to obstruct would be gun owners. That crap will never work in Chicago.

Right now the gun ban is dead and Chicagoans can buy all the handguns they want. There are huge problems for residents of DC who could not simply purchase their gun in a nearby state without violating the Gun Control Act of 1968. There is only one approved gun dealer in DC that must follow every dictate of that city. So far only 800 handguns have been delivered under this gauntlet.

Chicago is very different since Chicago residents can buy guns from any dealer or private party in the State of Illinois and bring them into Chicago if they have a valid Illinois firearm owner’s identification card.

The City of Chicago cannot prosecute you for a law they make after you bring the gun into the city or before they make their laws. They may make some reasonable requirements to allow you to register that gun but they have no control over how you obtain it.

Now is a great time to buy a handgun if you live in Chicago.

Don’t become a frightened sheep waiting for Daley to tell you whether you can protect yourself or family. You will surly bleed to death first.

Note: In a very technical sense the law is still on the books until the 7th Court of Appeals writes the proper order as mandated by the high court. However it will be absolutely impossible to prosecute anyone since the Court made it very clear that the Chicago gun ban violates citizen’s second Amendment rights. People convicted of violating the ban can have their convictions reversed if they file proper motions with the courts.

Very few cases ever involve only a failure to register ordinance violation. There are usually other violations connected.

The McDonald case now opens the door to anyone arrested for Unlawful Use of A Weapon (UUW is carrying a concealed weapon in Illinois) to challenge the law itself. If you have a right to keep them, you also have a right to bear them.
Posted by Paul Huebl Crimefile News at 6/28/2010 01:37:00 PM

Paul, Daley is already working behind the scenes on this. He has ordered all CAPS Offices (community policing) to get as many citizens as they can into the area stations today to be bussed downtown to protest this SC decision.