Why Are So May Americans Ignorant About Their Government? 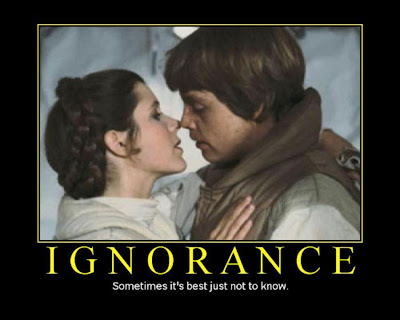 This melting pot, America is filled with a vast majority of incredibly ignorant people. When it comes to government even the educated Americans don’t really have a clue about it or their rights. Being ignorant never prevents Americans from having strong political opinions.

Poverty flourishes in the large cities that have become Entitlement Utopias. These cities are run by Socialist politicians that make every effort to keep their poor well fed, thoroughly dependent and as ignorant as possible. Big city politicians use ignorance and poverty for incumbency protection.

When I find myself in a political discussion with fellow members of our population there are glaring examples of pathetic ignorance. People support or oppose legislation not because they’ve read it but because of the misleading but descriptive titles like Campaign Finance Reform or Net Neutrality. The clever titles are thought up to automatically garner support by people that would absolutely hate the legislation if they bothered to read or understand the bills themselves.

You can’t encounter many Americans anywhere that are able to give you more that 40 seconds of conversation about what the Bill of Rights does for Americans. Most talk vaguely about freedom of speech, religion and press. After that they begin to stammer and ramble because they never learned or have forgotten what they did learn. In a way that’s a good sign that they’ve had a good life and have not needed to study what their rights were to survive. The dark side is people don’t bother to protect rights that they can’t feel being violated.

The treasonous, Barack Obama has been very good for Americans. Obama’s Socialist agenda is certainly not good, but because of the threat he poses to our constitution and freedom, Americans are beginning to notice. Obama has sparked renewed interest in Americans about our government system along with its historical roots.

Socialism can only succeed if the population is too ignorant to stop it. Once in place, Socialism stays in nations for many generations and of course there’s always the obligatory and massive holocaust where all who dare disagree are purged.

For Americans the Internet is the place where we exchange our information. He who has the on and off switch controls that information. Giving politicians the right to control that switch or the content of the Internet also gives them absolute power. We must force our government stay out of regulation, taxing or molesting our Internet in any way.

Socialism and Freedom of Speech can never exist together. Socialism, poverty and deprivation are always constant companions, except of course for those enlightened and elite party members. Please remember to stay out of the way of their limousines.
Posted by Paul Huebl Crimefile News at 6/27/2010 11:28:00 AM

The reason the education system sucks is pretty obvious. Uneducated people cannot think critically. George Carlin was the best at describing the whole ball of wax.

Retired from CPD and living in Arizona

Gee, how many Wm Ayers are also holding powerful positions dedicated to brainwashing the kids? There seem to be plenty of Tides, Ford and other similar foundations with giant grants for him & his.