Where Is The Civilian Security Force Obama Promised Us? 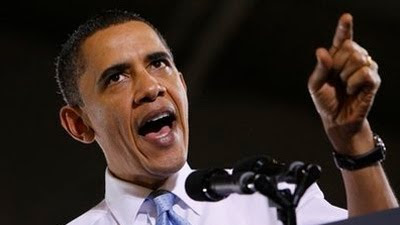 Washington, DC—During his campaign for President Barack Obama promised a second civilian force equal and as well-funded as the military. The media never bothered to ask him about those peculiar plans because they knew full well what he meant. The Leftist media was in the tank for their new charismatic Messiah and did not want to scuttle his campaign over those ominous remarks.

The world had experience with these civilian security forces many times before. They are a necessary tool in every socialist political movement. Most recently Chairman Mao Zedong brought China his Red Guard. What had happened was the population was disillusioned and rejecting Socialism. There was a real possibility of the popular anti-Socialist uprising.

Mao countered the resistance to Socialism with his Cultural Revolution. With Mao’s new civilian force created out of unemployed thugs that spread the word of Socialism through beatings, arson, and terror. They successfully got the population back on the correct political track as they handed out little red books with Mao’s politically correct thoughts to everyone they encountered.

Early in Adolph Hitler’s campaign he used his civilian security force, again made up of unemployed thugs that had the ability to convince those who did not want to live under National Socialism to be quiet and lay down.

Hitler’s force was called the SA or Sturm Abteilung (Storm Unit). The SA wore snappy uniforms and clubs. They targeted newspapers, anti-Socialists, rival Communists and Jews thought to be obstacles of National Socialism.

Military and police forces are usually much too honorable and disciplined to do the dirty work, that a force of paid street thugs, are more than willing to do. These civilian security forces know how to “regulate” speech and publishing and that’s so important for Socialism to survive.

Watch as Obama talks about his own SA or Red Guard plans. America, how’d you miss this?