It’s not your Father’s FBI 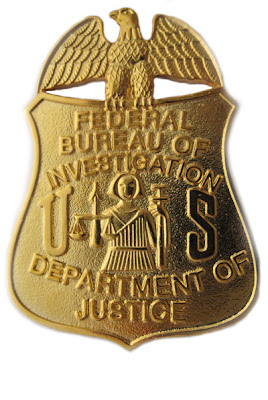 Washington, DC—They were the Gangbusters, the brave government agents that chased bank robbers, across state lines. They created a nationwide intelligence operation to deal with all manner of crime and created a huge database of criminals, stolen property and crime statistics. they were the FBI.

The former director, J. Edgar Hoover went out of his way to court public opinion and Hollywood in a massive public relations move that constructed a rock solid image. Agents were large males educated as lawyers and accountants. There was no room for affirmative action in an agency that seemed to seek Arian perfection. The FBI has always been about image rather than substance anyway.

Hoover died and the kinder, gentler FBI evolved with a new Metrosexual makeup attitude and demeanor. They also were given loads of new jurisdiction over street crime once reserved for local police. Gone was the image created by the bureau’s founder.

The new FBI seems to score their convictions when people interviewed lie to them. That got Martha Stewart an extended free vacation at Club Fed.

Now it appears that some genius at the bureau approved a hair-brained scheme to provide some $25,000.00 to that Dutch lad, Joran van der Sloot suspected of making Natalie Holloway disappear in Aruba several years ago.

That cold hard cash was part of a very questionable sting operation funded Joran van der Sloot’s trip to Peru where he has now confessed to killing a young woman. It’s our very own FBI that became an accomplice facilitating a murder. Needless to say US taxpayers will be shelling out money to the victim’s family over liability issues. I can’t seem to find a way to justify the FBI’s involvement in that case.

In Congressional zeal to police the world we have criminalized behavior far beyond our borders. We have FBI agents investigating crimes they have no business investigating throughout the world. Crimes in Aruba should not be the concern of American law enforcement.

The FBI needs to be scaled back to record keeping and a very short list of crimes that deserve federal attention on our own soil. Their value as a law enforcement investigation agency has floundered in recent years.

The FBI’s continued jurisdiction over bank robbery is silly since they never respond to bank alarms and rarely make arrests for that crime. We have many thousands more state and local cops then when the FBI was established.

State and local law enforcement agencies have dramatically improved their ability to deal with crime making the FBI obsolete anyway. Outside of the United States Marshall, ICE, Secret Service and Postal Inspection service there is absolutely no need for federal police. The DEA, BATFE, TSA, and EPA cops are duplicated and unneeded. The duty of anti-terrorist investigation and the TSA is better made the responsibility of the US Marshall’s Service.
Posted by Paul Huebl Crimefile News at 6/09/2010 02:33:00 PM

Thoughts on the Coast Guard?

So who do you suggest investigate homicides of American citizens which occur on foreign soil?

Here’s a simple answer! Where in our constitution does it authorize or suggest the FBI or any agency of the United States should have the jurisdiction or authority to investigate crimes in sovereign foreign nations of anyone including American citizens?

If Americans can’t trust the foreign nations to investigate murders and that’s so important why travel to those countries?

The FBI cannot arrest or extradite anyone from a foreign nation without total cooperation from that nation anyway.
Will an arrest in any country for murder bring a victim back to life? What did we do before the FBI was created? That’s a stupid waste of tax dollars.

After 37 years of criminal investigations in a Major Urban Police Department and dealing with FBI on numerous occasions I have come to the following conclusion.

The core curriculum at the FBI Academy and the guiding management policy of the FBI are:

5. Working the politicians 101-410 with an emphasis on the use of dubious files. (Not for criminal investigations but to cover their own ass)

You forgot 7: after local law enforcement cracks a case and takes the suspect into custody, set up a press conference where you swoop in and steal all the credit for all the hard work done by local detectives and officers.

Didn't the mother of the young woman who died in Aruba pay the $25,000? I have been following this story and was under the impression that the FBI was involved in an extortion investigation relating to the mother. Correct me if I'm wrong. Just trying to follow the facts.

Thanks. I hope you're well.

All the best,
Kelley