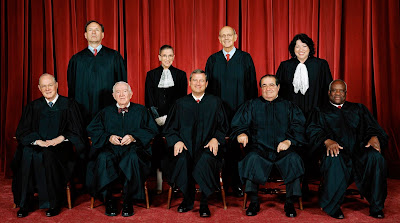 Chicago, Il—The long awaited opinion on Chicago’s facilitation and enablement of violent crime has been handed down this morning. Chicago’s infamous and un-American gun ban is no more!

Some 28 years ago, Chicago’s politicians outlawed the possession of handguns within the city by all but police, private investigators and City Council members. The result was predictable, law-abiding citizens were at the mercy of violent criminals that were relentlessly victimizing them unchallenged. Meaningful self-defense was absolutely outlawed by these politicians.

Chicago politicians long believed that the Second Amendment was some meaningless and obsolete antique and ignored it accordingly. For decades they’ve simply been violating Chicagoan’s Civil Rights.

Even before the anticipated decision was delivered these thug politicians are planning new violations of the law of our land with additional ingenious obstructionist ordinances that violates rights. In the end it will be taxpayers footing the legal bills and jury awards against the bankrupt City of Chicago.

The National Rifle Association and the Second Amendment Foundation came to the aid of several Chicagoans including Otis McDonald that wanted the illegitimate and un-American law shot down. Chicago’s politicians wasted millions of taxpayer’s dollars in a miserable economy fighting to continue their, Thug Protection Program.

What the court’s action does is to remand the fate of the Chicago gun ordinance in the hands of the 7th Circuit court for further action consistent with today's opinion. They must write the formal order.

The entire opinion is below:

so excatly what does this mean to us here in calif????

Phil, that’s a wonderful question. Since the court applied the entire second Amendment to the states, California can no longer infringe on gun rights.

These are a lot of landmines for those who violate the Constitutional rights of people are granted in America.

Anyone arrested over a simple concealed weapon in any state or city should immediately seek an injunction barring the prosecution and sue for damages in Federal court.