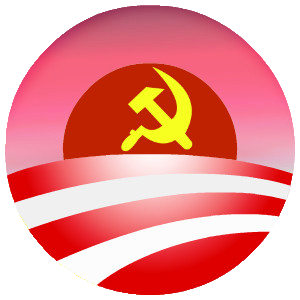 The vicious an unprovoked assault was captured on video tape. The thug left without being arrested.

I have one simple question. Why didn’t the other men in the demonstration step in and beat the living snot out of the Obama thug? This is nothing more than backing down from a schoolhouse bully. Failure to fight back only empowers the bullies and brings much more of the same.

Today’s Americans don’t really deserve rights they won’t fight to preserve and protect. Standing around with signs to an administration that ignores both voters and the Constitution is a waste of time.

We cannot fight tyranny with peaceful protests. That never works. We are under the most dangerous Socialist threat this country has ever faced and must do our duty as Americans to protect and defend the Constitution. Extortionate taxation and enslavement of Americans is an act of war that can only be addressed in kind!

If we can’t fight the little fights how can we liberate ourselves from a Socialist takeover? If we don’t immediately begin to do our duty and violently defend, our freedom will perish.

Let's hope the next posted video is one of Governor Spencer hanging by a noose from a tree.

And they question why some people come with assault rifles to politcal rallies,you need to protect yourself from violence.

There is no known case of anyone attending a political rally with an “assault rifle”.

There have been a few cases of people with semi-automatic rifles that looked like their fully automatic counterparts.

The term assault rifle was hijacked and misleadingly redefined by the gun rights haters to include nearly every semi-automatic rifle ever made.