There’s Nothing Liberal about Our Bill of Rights! 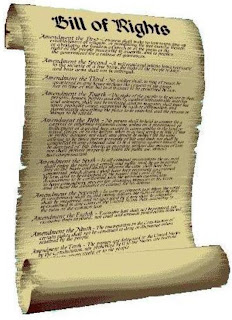 I get misguided e-mails and comments particularly from a lot of my younger cop readers about my position on Due Process, Search, Seizure and many other safeguards in our Constitution.

Some assail as me as some kind of a Liberal. The biggest detractors from our Bill of Rights are Liberals and Leftists. They want more government power to control Americans.

Liberals want to limit free speech claiming it allows for hate. They want to eliminate the ability Americans have to resist dangerous criminals or a fascist government through gun rights. Liberals insist we force Americans to be searched without warrants or probable cause.

Liberals want to regulate every breath we take and have a law for every kind of human behavior. Liberals want government to snoop, sniff and search everyone in the name of public safety. They mistakenly believe that Americans should not be trusted and look for every way to over-regulate us.

We are no longer In the Land of The free or The Home of the Brave. We’ve become a Nation of Cowards as we unnecessarily search each other like criminals at, airports, public buildings and sporting events.

Unfortunately the way we find out that we have government abuse of our freedom is when a court decision is made that frees criminals. Criminal laws are challenged in the courts and the most important liberty and protections we have are decided on criminal cases. Preserving yours and my freedom is more important than keeping some criminal behind bars.

Liberals glorify victimization. Most of the horrible crimes against children happen as a result of parental neglect or worse. We turn the parents that should have protected their children into heroes and in some cases TV stars.

Most murder victims are people, who engaged in risky behavior, associated with criminals or have intoxicated themselves into utter helplessness. Victims are not heroes. A real hero is someone that has not been part of the problem and has instead protected family, neighbors or country

Gun Rights under the Second Amendment empower Americans to stop criminals in their tracks. Guns in law-abiding hands, reduces the victimization of Americans.

The Bill of Rights was the brainchild of our founding fathers. They were not a bunch of Liberals or Leftists. They understood government’s dangerous proclivity to get out-of-control only too well. They did not trust government and neither should you.

Our Bill of Rights deserves and requires we fight and sometimes must die protecting it so that we and our children have a safe, prosperous and free future.

Email ThisBlogThis!Share to TwitterShare to FacebookShare to Pinterest
Labels: liberty