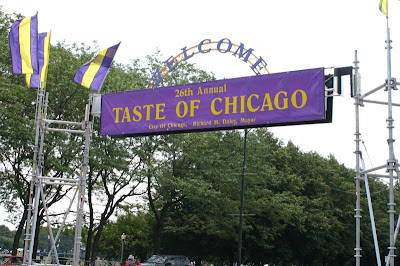 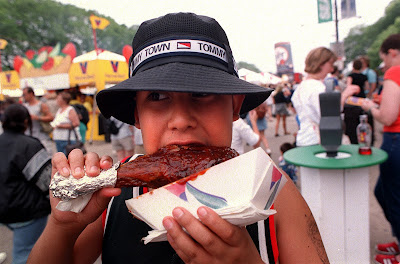 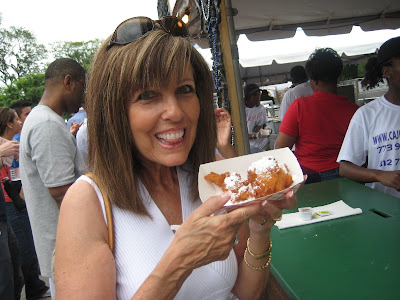 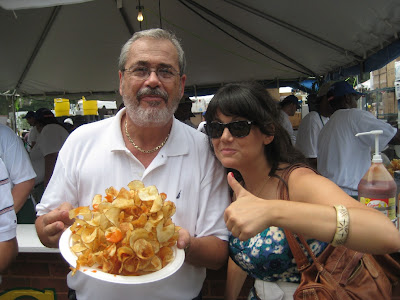 Chicago, IL—The “Taste of Chicago” has been an ongoing Chicago tradition for the Windy City’s top restaurants to join together on the lakefront and offer up the best food found anywhere. Chicago’s corrupt Daley/Burke Administration has taken all the fun out of this event.

The city’s government has extortionately taxed everyone especially vendors beyond belief. City inspectors will be out in force putting the arm on vendors for bribes as always. They have made parking impossible and the commute by bus, foot or even bicycle is now become a gauntlet of muggers, sex offenders and aggressive panhandlers for the visitors.

The Daley/Burke Administration has turned Chicago into an entitlement paradise. It’s also place where the life has been choked out of business and productive taxpayers no longer want to live. Chicago is not a decent place to work or raise children.

The vendors can and must reassemble their event out in the suburban areas where they can acquaint people to really great food. Unless there are some major changes Chicago’ finest dinning places will have to abandon the city anyway.

On my last trip into Chicago a lunch of pizza for two with lemonade at Pizzeria Uno was $50.00 not including the shocking cost to park a car. It was also the first time I saw that place with over half of their tables empty. Civilization is not long for survival under those conditions.

The horrible news is that the politicians have moved thousands of entitlement addicted Blacks and Hispanics into affluent suburban areas. They’ve brought lots of drugs, blight and violence with them.
Posted by Paul Huebl Crimefile News at 6/20/2010 03:44:00 PM

Im advising that you should avoid the taste for good reason.With the out of control violence in Chicago,and an ineffective administration,something bad is really going to happen this year.

I second the first post. And if you bring a gun and have to defend yourself, the Daley crime machine will do everything it can to make sure YOU are the one charged with a crime. Paul, this is just like the other so called "Fest's". They have turned into nothing more than gang summits sanctioned by the City of Chicago. Puerto Rican fest, Bud Billiken day and yes, Taste of Chicago. They are places where you want to be if your a gangster. I would highly advise any decent,law abiding citizen to stay away from these type of things.
But on a more positive not, being an avid fan of Germany, it's people and culture, I thought I'd tell you a story about what happened here the other day. A female Officer from 011 walks into our station the other day with the cutest and I do mean cutest young woman I've ever seen. It turns out that she is from Germany and was in town visiting. She heard about some restaurant on Chicago Ave. that she wanted to try. Since she was staying at a hotel downtown, she hopped on the Chicago Ave bus and went for dinner. When she finished her dinner, she went back to the bus stop but got turned around getting on the w/b bus instead of the e/b bus. When she got halfway into 011, she realized something was wrong, that perhaps she was lost. She got off the bus,went across the street and waited for the e/b bus. Beat 1144 saw her and knowing that she didn't belong there, put her in her squad and brought he into our station.Only problem was that she had left her purse which contained her wallet, passport, money and airline tickets back at one of the bus stops. And to make it worse, she was scheduled to fly back early the next morning. I really thought that she would never see her purse again. The watch commander, being the civic minded person that he is, decided to take this beautiful young woman in his squad out to ride around and see if they could find the purse. As they were walking out the front door, in walked a Police Officer through the back door with a black purse that he had found on Chicago Ave. He had gone through it to ascertain who the owner was (no, he didn't take the money) when he ralized that the owner was from out of town. He was going to inventory it and try to locate the owner. Thankfully, we were able to return it her. Needless to say, we made her day and she is now a HUGE supporter of the CPD and Chicago. A good story with a happy ending, something we don't see too much. I thought you would enjoy it.