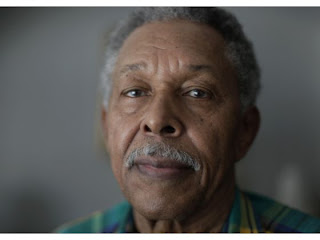 Otis McDonald, pictured above and several other Chicago residents have sought help from the National Rifle association and The Second Amendment Foundation in getting their stolen gun rights returned.

Gun control has been finally exposed as a massive failure that has only facilitated and enabled violent criminals.

The issue for the court is not whether gun control is effective, good public policy or ineffective. It’s simply about whether our founding fathers meant it when they decreed that, “A well regulated Militia, being necessary to the security of a free State, the right of the people to keep and bear Arms, shall not be infringed.”

The silly argument that this was a collective right of state government not the people is now just so much, bogus revisionist history. Government always had the right and duty to keep arms.

The days of Chicago’s politicians protecting robbers, rapists, and killers may well be over for good. Perhaps we will see gun stores in the Windy City again and concealed carry permits for the law-abiding may be a reality here too. Chicago’s thugs won’t be very happen about that.

Phil Schitz's stock tip of the month: Invest in the firearms industry. The Chicago ban is going to lifted and there will be a backlog demand.

what about the 80 yr old guy who blasted that repeat offender... someone asked mayor mumbles if he was going to prosecute and he didnt say anything... at least this gave him an understanding where everyone sits who doesnt have bodyguards

Shortshanks is going to blast a gasket!!

We have a right to protect our family , bottom line ! When the ban is lifted maybe the thugs will think before they break into a house or rob a lady on the street . Ive been robbed before coming out of the currency exchange with the money order for my rent. If i could have had my pistol maybe i would have been able to take my kids on vacation that year !!!

We have a right to protect our family , bottom line ! When the ban is lifted maybe the thugs will think before they break into a house or rob a lady on the street . Ive been robbed before coming out of the currency exchange with the money order for my rent. If i could have had my pistol maybe i would have been able to take my kids on vacation that year !!!

Mayor Daley sites horror stories of people who were hurt by guns in his town as a reason to ban guns. He fails to point out that these happened under his watch and his austere rules, that failed to protect them. It seems that the criminals weren’t too impressed with the Mayer’s rules as 410 of 412 murders were committed using supposedly banned guns. Perhaps some of them might have been spared if they were not perceived as unarmed and helpless. The shooters might have thought better of it if and held there fire. Wolves attack sheep not bears. No one knows how many crimes have been deterred by the perception (real or imagined) that the intended victim can return aggression in kind. No criminal wants a confrontation on equal terms. They strike from a position of advantage. The Sheppard lost a lamb to the wolf so he got a dog. The dogs teeth were no sharper nor its bit more vicious than the wolf but the wolf would rather go hungry than face them.

Criminals are immune to gun laws. The primary problem with all gun laws is the very people they are aimed at are those least likely to follow them. The penalties for gun possession pal in comparison and are insignificant to those for the much greater affiances they have committed when caught. Many gun confiscations from criminals are as a result of unlawful searches and not prosecutable. Thus the deterrent is small compared to the perceived utility.

Criminals must have guns to stay in business or run the risk of losing their ill-gotten gains and there life to yet another criminal. Predators are themselves prayed upon by stronger meaner predators. Remember they also make the best victims as they are not going to call 911. They need to intimidate or kill witnesses and victims. Would you turn it or testify against a criminal in his prime to whom you have no defense against. I think not. He may have friends, relatives, employees or fellow gang members. He mite even get out and thank you personally for testifying against him. It takes but a single dog amongst the sheep to deter the wolf.