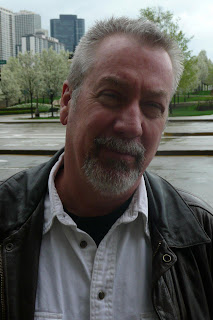 Joliet, IL—TMZ.com claims that law enforcement sources said that retired Bolingbrook police sergeant, Drew Peterson blabbed to a fellow inmate at the Will County jail where he dumped the body of his fourth wife Stacy Peterson. They are planning to follow up on the tip of a jailhouse snitch.

Guilty or innocent Peterson would be savvy enough to never say anything to some fellow inmate in his lifetime.

Of course the large population of marginal and dysfunctional souls in our jails, are always looking for currency to lighten their own legal problems and will tell cops and prosecutors anything they want to hear.

What this appears to be is just an effort to taint Peterson’s chances of receiving a fair trial.

Jurors often believe that when a weak criminal case is brought against a person that the police have some strong but secret information they can’t share. Nobody wants to believe that our government would charge someone unless they were really guilty. Too often this myth is never fully broken by defense lawyers and the result is guilty verdicts.

The Will County State’s Attorney, James Glasgow is a political animal who wants Peterson convicted for the capital it will buy with voters. They never had a case and motivated the Illinois Legislature to allow for hearsay evidence in Peterson’s trial. Even with the hearsay their case is sorely lacking.

With hearsay evidence you never know who is lying. It could be the attributed source or anyone in the chain of conversation. People lie with ease even under oath. Yes, there are people that could achieve the same result through telling the truth or lying and they’d lie just for the excitement.

Will the Peterson Jury test or simply trust the evidence they get? Will the jury guess their way to a Guilty verdict because they don’t like Peterson’s public image? Will they convict simply over coincidences in facts like one wife dead and another missing?

Can a jury be made to understand that without a Corpus Delecti (body of evidence) they can’t convict? The two most difficult words to define to a jury are Reasonable Doubt. That’s a nebulous term to most people and too often a license to shirk the responsibility to be fair.

We still don’t know the exact reason for Kathleen Savio’s death or anyone’s culpability and we still don’t know if Stacy Peterson is alive somewhere. The only possible answers are guesses. Guesses are not evidence.

One thing for sure if Drew Peterson is acquitted this prosecution will cost him all of his assets, and leave him as a public pariah.
Posted by Paul Huebl Crimefile News at 6/05/2010 06:41:00 AM

Peterson is not stupid. One thing I'm sure about is that he wouldn't tell a fellow inmate anything. More smoke and mirrors.

And if they find anything,I'll buy you a years supply of Folos beef sandwichs.

After seeing the jury in the Scott Peterson case convict him, who could ever expect a jury to convict on the evidence or not convict on the lack of evidence? In that case the State of California never even proved the wife and unborn child were murdered let alone murdered by him. So look for the idiot jurors who grew up on reality tv and could care less about true evidence to convict Drew.