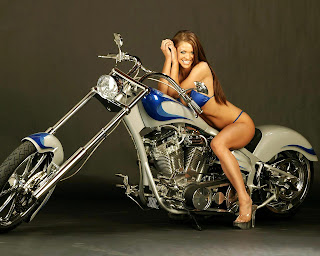 I wonder what life would have been like had I taken one of the other roads as a young man. I’ve had a life of excitement most people only dream about.

I’ve spent 18 months living in Germany during 1968-70, I visit India on a regular basis and somewhere in between have been back to Europe twice. In hindsight staying in Germany was an attractive option for me since I love that beautiful country and its people. What would have happened if I stayed there?

Being a cop, private investigator and investigative TV news producer has taken me to the most monumental criminal cases including the Oklahoma Bombing, The Montana UNBOMB case, The 9/11 attack on America. Death penalty cases and major felony matters along with the theater of the courtrooms have consumed a portion of my life.

From observing over 700 autopsies of murder victims to handling body recovery as a patrol officer at the crash of Flight 191 in 1979. I have always been where the action was.

I’ve also had heartbreak and trauma invade my life that I chose not to share.

Did I waste my life? Did I miss connecting with the right woman somehow? Did I waste some wonderful opportunities? Those questions cannot be answered. So far I must be happy with the life I made since it’s the only one I have.

In any event I won’t get a second chance to do it all again. That’s the hard part. I want to go back to my youth but I’m afraid that’s not possible.

Nobody can tell the story better than a man who left this earth way too early. Perhaps Harry Chapin knew his days were numbered when he sang about a lost love and a life he might have lived…

Harry Chapin was a Socialist!!!

On December 7, 1987, on what would have been his 45th birthday, Chapin was posthumously awarded the Congressional Gold Medal for his campaigning on social issues, particularly his highlighting of hunger around the world and in the United States. His work on hunger included being widely recognized as a key player in the creation of the Presidential Commission on World Hunger in 1977.[7] He was also the inspiration for the anti-hunger projects USA for Africa and Hands Across America, which were organized by Ken Kragen, who had been Chapin's manager.[8] Kragen, explaining his work on these benefit events, said, "I felt like Harry had crawled into my body and was making me do it."[9]

Harry may have been a Socialist but he was a poet and song writer that left a great legacy at such a young age.

I saw Harry Chapin twice in the late 70's, and while I was already something of a fan, seeing him live truly won me over.

I was driving home from work when I heard on the radio that he had died. I pulled off the road and just sat there with tears streaming down my cheeks for about 10 minutes.

Funny thing, I can't remember the name of it, but I was thinking about the lyrics of one of Harry's songs just the other day. I quoted it to a friend of mine and she was thrilled that there had at least been one person who knew how she felt. It was a song about a waitress.

"I wish I weren't so goddamn fat, I wish that you were mine."

There is no better poetry...