Justice In The Socialist Style—Coming to America Soon! 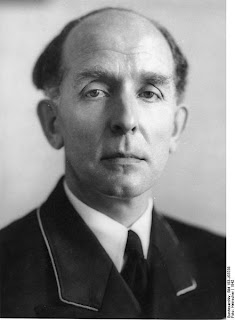 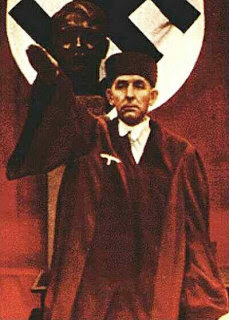 We like to think that our system of justice is fair. We like to believe that the police conduct their investigations in an impartial manner and collect the evidence that exonerates as well is damns the accused.

That was the ideal but we have strayed sometimes in desperation to skew the process and convict who we think the public wants convicted. Modern investigative techniques and tools such as DNA, surveillance video and the data of credit and debit cards and the cell phones we all carry today exculpates rather than implicates those investigated for serious crimes.

Today there is wholesale cheating in evidence collection and inside or crime labs to bring conviction. Fingerprint and DNA evidence has been faked redundantly and the penalties for officials involved are minuscule when compared to the life prison terms and death penalties the victims of evidence fraud face.

Every year lazy prosecutors bring to Congress and 50 state legislatures proposed new laws that attack the due process rights of accused Americans. It used to be said any prosecutor worth his salt could indict a ham sandwich. Now they can convict a ham sandwich with the same amount of ease.

America’s true crime buffs assume everyman charged is guilty and demand the harshest of penalties. They assume every police arrest is based on some secret fact that can’t be disclosed as they wring their hands while waiting for a conviction in the theater of the courtroom.

Court trials are theater in every respect. They are rehearsed and acted out by the players. The final chapter is written by the jury who wants always to be on the side of right. Right meaning the side of the heroes they see on TV and in the movies. The Cops and prosecutors have a huge advantage.

That brings me to the German, Volksgerichtshof (People’s Court). In 1942 the most despicable Nazi ever, Roland Freisler was appointed as its President. Freisler started out as Communist but switched his brand of Socialism to the National Socialist variety. He was a cunning and brilliant man who knew how to please his beloved Fuhrer, Adolph Hitler.

Freisler may have been motivated by his Bolshevik past. He may have had a desire to prove himself especially loyal to Hitler and his Reich by being so ruthless.

The Gestapo was the Third Reich’s version of the FBI. They were skilled investigators appointed from the ranks of the best German police agencies. Many of these men were nothing more sinister than hard working and honorable cops collecting evidence for their government. Of course there were those tyrants who were promoted based on their phenomenal efficiency in arrests and convictions.

Investigations began from something as slim as children’s school gossip and ended at a guillotine or a deadly piano wire.

The Gestapo would make the arrests, testify at a public and sometimes filmed show trials. Prosecutors and defense attorneys would be present but it was all so much theater and the trials all ended the same way.

Then there was the case of 16 year-old, Helmuth Hübener, found guilty of high treason for distributing anti-war leaflets in 1942. Young Hübener was quickly beheaded. 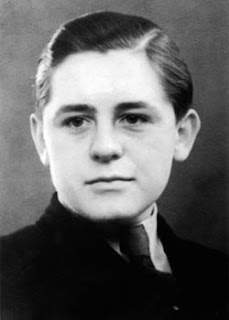 It was indeed a horrible day when Sophie Scholl, her brother Hans Scholl and their friend Christoph Probst were caught passing out leaflets at the University of Munich. Within four days they were investigated, indicted, tried, put through the appellate process and sent to the guillotine. Sophie School was just 21 years-old. These were ordinary German kids who learned about Nazi atrocities and tried to stop them. 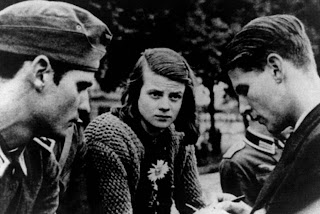 When I think of what Judge Freisler would have done to me over this blog it’s unsettling to say the least. Judge Freisler sent 5,000 German citizens to their deaths for this kind of activity.

We’ve been tampering with our Criminal Justice System making it more like Freisler’s Volksgerichtshof every day. It’s an un-American path to say the least. Don’t let this happen.

If you’re on jury duty, you’re there to test, not trust the evidence. You are there to protect your fellow Americans from the Volksgerichtshof. Guessing your way to a Guilty verdict is an insult to the thousands of Americans who fought and died for our freedom and the Bill of rights.

Freisler escaped the hangman’s gallows in Nuremberg only because he was killed in a Berlin allied bombing raid in 1945. Freisler opted to save his important court files rather than get into the safety of a bomb shelter. Freisler was 51 years-old at the time of his death.

An assignment: To see the inside of a Gestapo investigation, it’s accurately portrayed in the 1995 film, Sophie Scholl, The Final Days.

In the video below, you can watch Judge Freisler in action trying believed plotters of Nazi resistance and the bombing attempt on Adolph Hitler’s life on July 20, 1944 at Wolf’s Lair.

The leader of the plot, Col. Claus Von Stauffenberg and four others were quickly placed before a firing squad at the The Bendlerblock courtyard on orders of Generaloberst Friedrich Fromm. Another plotter, General Ludwig Beck was allowed two attempts at suicide with a pistol but was then dispatched by a soldier.

The executions of these original conspirators ordered by Fromm saved these men from exhaustive torture that was planned for them by others. They were also spared from Freisler’s wrath. Months later Fromm was also executed.