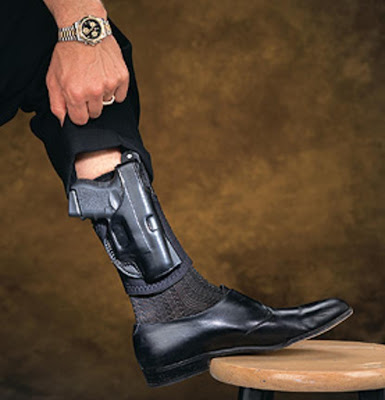 Chicago, IL—The United States Supreme Court has spoken twice about gun bans deleting them from the books of jurisdictions that have enacted them. “The right of the people to keep and bear arms shall not be infringed”, is now the settled law of the land.

The two primary cases, Heller and McDonald ended any dispute over the right to simply possess firearms. That was a narrow question and opinion implies a broader answer. If the people have a right to keep arms under the Second Amendment they also have the same right to bear those arms.

The few local jurisdictions in America that have banned concealed weapons for sane, sober and law-abiding Americans need to stop violating people’s rights.

Lower court judges have the correct legal tools to protect the rights of people arrested or those precluded from bearing arms.

Politicians need to learn that public opinion has dramatically shifted away from gun control as a valid or effective way to reduce violence in our society. That has be reflected in the vast number of states that have either repealed concealed weapon bans or provided permits to qualified applicants.

The requirements of some jurisdictions to demonstrate to public officials a need to bear arms has always invited government corruption or arbitrary and baseless denials. Of course that is an unconstitutional infringement of the right to bear arms and must end.

Now is the time to begin a new push in every state using both the courts and the state legislatures to not infringe on the rights of law-abiding the right to protect themselves and families outside of their home. It is outside of the safety and comfort of one’s own home here the dangers of rape, robbery and murder are greatest.

I hope that the more reasonable politicians in my home state of Illinois will take umbrage of the Supreme Court cases and the shifting political direction of gun control and allow for meaningful self-defense.

Should anyone be arrested for carrying a gun on the street or in their cars their defense lawyers can use the McDonald case as a defense in the criminal court while they seek an injunction in federal court barring prosecution and sue for the violation of your civil rights.
Posted by Paul Huebl Crimefile News at 6/28/2010 10:20:00 AM

Sir,you have a Glock in your sock.

I sure hope you are right. So if this case was settled before my little airport thing, It would of been difficult to prosecute me.. Now, do I have any chance of going back into the court and over turning the conviction??