How One Hero Dealt With Socialists 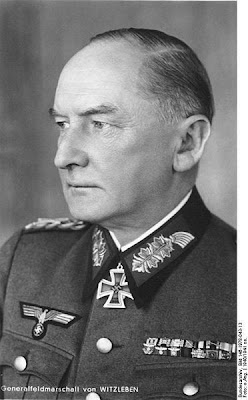 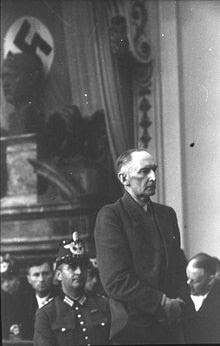 Berlin, Germany—July 20, 1944 was a sad day for Germany, An effort to end Adolph Hitler’s idea of Hope and Change failed when a bombing attempt was unsuccessful. Hundreds of German Nazi resistance patriots were rounded up tortured, tried and executed for their various roles in the movement.

Germany had a military with a proud tradition that was made up of honorable and brave men. The regular military was not suitable to carry out Hitler’s most cowardly and despicable acts. Hitler created his own parallel quasi-military group of Nazis under the SS label for that purpose. The SS were responsible for carrying out the foulest Nazi deeds instead of the regular military.

The majority of the resistance leaders were members of Germany’s regular military who learned of Hitler’s horror show and understood their duty to stop it. Hitler’s ongoing atrocities were a state secret and few Germans knew the truth. Thousands did know the truth and tried to stop National Socialism. Those heroes are memorialized today at the Bendlerblock German Resistance Museum in Berlin.

The military and civilian conspirators against National Socialism were put on trial before The Peoples Court President, Judge Roland Freisler. These were propaganda show trials that were filmed to set an example to other German citizens.

One of the plotters was a recently retired general, Erwin von Witzleben, 62 (pictured above) who understood his duty to the men, women and children of Germany. After being convicted, berated and castigated by Judge Freisler stood his ground telling the Nazi jurist, "You may hand us over to the executioner but in three months time, the disgusted and harried people will bring you to book and drag you alive through the dirt in the streets!"

Frisler escaped that well-deserved fate but was killed in an Allied bombing raid on Febuary 3, 1945 at the age of 51.

Generalfeldmarschall Erwin von Witzleben was a hero and role model to Germany and civilization.
Posted by Paul Huebl Crimefile News at 6/28/2010 12:51:00 AM

I am RIGHT you are WRONG said...

In 1943 Germany was at war against the Soviet Union. Twenty-five years earlier, at the end of the First World War, when communist revolutionaries were attempting to take over Germany, Adolf Hitler had sworn to devote his life to fighting communism. He was only a corporal at the time, recuperating from his war wounds in a military hospital, but 15 years later, in 1933, he became chancellor of Germany, and in 1941 his army invaded the Soviet Union with the aim of destroying Soviet communism. The German Army pushed far into the Soviet empire and liberated all of Ukraine from the communists.

Ukraine was the stronghold of the kulaks, the independent farmers and small landowners, always regarded with special hatred by the communist bosses. Stalin gave the job of exterminating the kulaks to his right-hand man in the Kremlin, Lazar Moiseivich Kaganovich, known later as the “Butcher of Ukraine.” Kaganovich, the most powerful Jew in the Soviet Union, supervised the collectivization of Ukrainian farms, beginning in 1929. To break the spirit of the kulaks, the Ukraine was subjected to an artificial famine. The NKVD and Red Army troops went from farm to farm, confiscating crops and livestock. The farmers were told that the food was needed for the workers in the cities. None was left for the farmers. And in 1933 and 1934 seven million Ukrainians died of starvation, while Kaganovich watched and gloated from the Kremlin.