Future US Elections as the Obama Administration Obstructs Justice 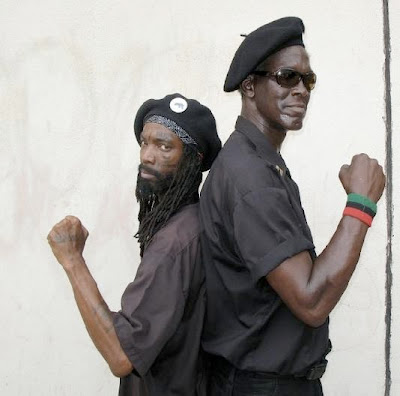 Eventually the three thugs were charged in a civil complaint with violating the Voter Rights Act in November 2008 by using coercion, threats and intimidation with a deadly weapon.

Barack Obama won the election and installed African-American, Eric Holder as the nation’s top prosecutor. All charges were soon dropped against the thugs. Many people including myself concluded that Holder dropped the pending charges over Obama’s and Holders own racial motivation and hatred

The actions of the Obama administration have cast a dangerous shadow over American election process by ratifying this conduct by armed racist extremists. Barack Obama is proving more every day that he is a genuine threat to America and our way of life.

Here is a video of what you can expect next time you vote as long as Obama is in the Whitehouse.

One has to wonder why they were charged civilly and not charged criminally!

Why didnt the patrol or tac guys light these guys up when they arrived on scene??

If I was the beat car both those asshats would get a wood shampoo.

Wood shampoo.....good one! I've heard of get'n some "stick time", so what are some other ones?