Flight Attendants Are good For? 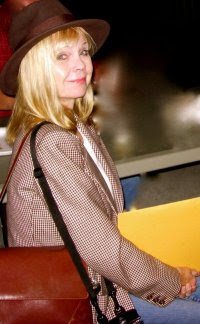 Chicago, IL—For 32 years Patti DeLuna, 61 has been in the skies serving passengers for three different airlines. The past 14 of those years have been with American Airlines.

Patti had a little secret; she knew how to do more than serve peanuts and drinks. She learned how to fly airplanes long ago.

Being a commercial airline pilot was impossible in DeLuna’s younger days because you could not get the job without being a military pilot first regardless of experience or training. DeLuna went ahead and got a commercial pilot's rating anyway in 1970 and several years later became a flight attendant.

Monday was hardly a different day for DeLuna as a mid-air medical emergency developed in the cockpit. The First Officer was stricken and unable to assist the Captain with the landing of that little Boeing 767 airship.

After an announcement for pilots on board the plane got no results DeLuna sprang into action and took over the First Officer’s duties like the pro she is. Although she had not piloted a plane for 20 years she did her part bring the plane in for a routine and safe landing.

I have a friend who is an American Airlines pilot and Captain. The good captain laments that the flight attendants for the most part have no interest in learning anything at all about flying the plane. You’d think they use their position and proximity to learn if for no other reason to assist in an emergency. My friend is absolutely correct.

It’s too bad that the glut of military pilots was not exhausted earlier when DeLuna was entering the work force. Had that been the case she’d have been a career pilot, been forced to retire because of age and would be enjoying a big fat pension check right now.

Somehow I don’t think retirement would ever suit DeLuna. She has proven that she has the right stuff.
Posted by Paul Huebl Crimefile News at 6/16/2010 09:12:00 AM

Email ThisBlogThis!Share to TwitterShare to FacebookShare to Pinterest
Labels: Heroes