Chicago Handgun Ban Should Have Protected These Armed Robbers! 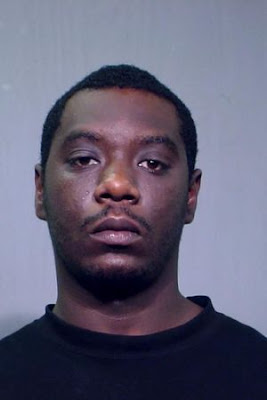 Chicago, IL—Within the next two weeks legal experts expect that the United States Supreme Court will rule that the 14th Amendment incorporates the Second Amendment applying it to the states.

Simply put for the first time all 50 states can, no longer infringe on the right of the people to keep and bear arms. The failure of the court to do this until now has allowed some states to heavily restrict or ban firearms as their gun control schemes have spun out-of-control.

The target of this action is the 30 year-old Chicago handgun ban. The law was passed with the twisted and tortured logic that robbers, rapists and killers would somehow obey the ban on handguns. The only thing that happened was the wholesale disarming of law-abiding Chicagoans. Or what I called The Mugger Protection Act. It’s only the criminals, not the law-abiding that use guns for violent crime.

The law enabled cowardly criminals to do whatever they wanted by eliminating any and all meaningful self defense capability of their victims.

Some smart Chicagoans have recently begun to ignore the ban with the awareness that it was unconstitutional. They have acquired guns and on three occasions in the last three weeks fired their guns into the bodies of dangerous and armed felons.

What are the poor rapists, robbers and killers to do now? Is there no compassion for them anymore? I know that Mayor Daley and his City Council feels that this is just not fair to them!

Adding insult to injury an accomplice of the armed robber killed in last week’s North West side failed Fullerton Pawners stickup, Preracio Williams, 23 pictured above has been arrested.

Now Williams faces a First degree Murder charge for the killing of his pal, Michael McMillan, 24 by the shop’s owner. That is of course in addition to the Armed Robbery charge. Now the poor lad’s life is ruined for sure since he won’t see freedom for many decades.

As for the late Michael McMillan, he got a sweet prison boot camp for another stickup. Now, he’s out of the gene pool.

Had the pawn shop owner respected Daley’s gun ban the two downtrodden African-American lads would have had a much better fate. I guess Daley figures that the victims are less important and expendable.

On June 3, a 27-year-old South Austin man shot and wounded a man who jumped through the window of his home as he was running away from police officers during a drug bust.

That was followed by another shooting on May 26. An 80-year-old Korean War veteran shot and killed a masked home invasion/robber in East Garfield Park. The veteran was also robbed at gunpoint last year.

Because of the Hale Demar Law, neither resident was charged with violating the handgun ban. In both instances, the slain robbers were convicted felons. It’s now expected that the pawn shop owner won’t face charges either.

Times change and now thing may turn against the unfortunate felons of Chicago.

Paul,take a look at this crap from the trib.

What a silly survey for the gun rights hating Chicago tribune to float. Asking the uninformed public what infringements to the Second Amendment might work in Chicago. To vote you have to support at least five unconstitutional, expensive and useless laws they suggest.

They left out important things to do that will really impact crime like keeping dangerous felons behind bars.

The one good thing,was the comment section.I didnt read all of them,but of those I did,not one anti-gun position.It looks like people are sick of being a victim.