Chicago Gun Ban Will Be Shot Down Monday! 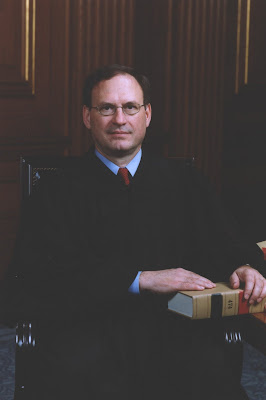 Washington, DC—There can be little doubt now that the Supreme Court’s parting shot before the summer recess will hit Mayor Richard M. Daley right in the butt. Monday will be the last day the court issues opinions until their next term.

For the first time in 30 years, law-abiding Chicagoans will have a level playing field with the criminals to defend themselves, families and their property.

George W. Bush appointee, Associate Justice Samuel Alito is expected to write the opinion for the majority in the McDonald case.

The issue is whether the Second Amendment is incorporated by the 14th Amendment to the States. In simpler terms, the McDonald decision will determine whether state and local governments can infringe on American’s right to keep and bear arms.

We have to see is just how narrow this opinion will be. The next big issues on the line deal with the ability of states to restrict the bearing of arms or to ban certain types of arms. I think the conventional wisdom is obvious and lower courts should begin to recognize that Americans have a right, not to just the keep firearms but also to bear them.

Another issue is whether states can ban firearms over cosmetic appearances or the number of rounds they hold. Again the lower courts may begin with a presumption that they are simply ARMS and Americans have the right to keep and bear them.

Just because the Second Amendment is the law of the land won’t prevent un-American freedom hating politicians like Daley from violating their oaths to defend the constitution.
Posted by Paul Huebl Crimefile News at 6/24/2010 08:22:00 AM

On the CBS2 Chicago web site Walter Jacobson has an opinion piece asking the Supremes to maintain the gun ban. He complains the judges know nothing of the reality of life in Chicago, but his arguments are so paper thin and completely discredited, he makes himself look like a total whack-job.

The comments are well worth a read as they demonstrate the billion miles of clear blue water between Wally and the regular citizens.

He must be pushing for a job in the Daley administration I think.

I hope all the area FFLs have stocked up on ammo and guns for the fire sale they will experience.

"to keep"=to own or posess

"to bear"=to have on ones person

Daley will still use obstructive tactics and will be sued again. That is for real!