We Must Protect Internet Free Speech at All Cost 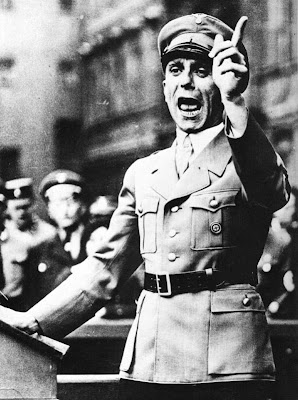 Washington, DC—Whoever controls the information, controls the world. Our founding fathers knew that only too well and as a result we have the First Amendment in our Bill of rights. Without free speech we will have no freedom at all.

All of the other rights we have, have been curtailed drastically without amending our Constitution in the last two centuries. The right to keep and bear arms, to be free from unreasonable searches, or to receive due process have all been shortchanged by government. Extortionate taxation has enslaved productive Americans in violation of the Thirteenth Amendment outlawing slavery.

The First Amendment has survived somewhat but is under attack everyday by politicians demanding political correctness and of course only they will decide what is correct.

Incumbent politicians particularly Leftists hate the Internet’s power. Their voting records and misdeeds are published and voters become educated. The Leftists whine and claim misleading information makes them victims of slander and libel.

The laws against defamation have not been repealed and unlike newspapers and TV anyone can immediately post whatever they want to set the record straight if something published in Cyberspace offends them. All men are truly equal in Cyberspace. Try that with NBC, ABC or CBS.

Yes, Internet free speech is under real attack through legislation with skillfully chosen and misleading titles like Net Neutrality and The Fairness Doctrine. Many politicians (virtually all on the Left) want to make some in the new media more equal than others.

After the invention of radio and nearly every home in the world having access to those broadcasts, it was a politician’s dream come true. Not just anyone could broadcast and governments had absolute control of content. Roosevelt, Stalin and Hitler mesmerized their populations with cult like control. People were addicted to this new media. The despots would broadcast their one sided rants and the listeners were hopelessly sucked in.

Soon the television came along and the leftists understood the power of media enough to do whatever it took to own and control it. The major newspapers, television and radio stations spoke with a single leftist voice. The journalism schools were also part of this power grab.

The Conservatives never were able to stay in front of the information race. They were only able to get their message out through books that few people read.

Nobody knew the media better than that National Socialist, Propaganda Minister Josef Goebbels. He was the man who got Adolph Hitler on the front pages of the world’s newspapers and covers of several Time Magazine issues. Goebbels media skills convinced the world that Hitler was real Hope and Change for a deeply troubled Europe.

If people heard it on the radio or read it in the newspaper they were convinced it had to be true. In hindsight we know a great deal of seemingly credible half-truths and outright lies were broadcast or published each and every day.

With an unfiltered Internet anyone with computer access can post the written word, voice recording, photographs and video without cost. The days of bully pulpits are nearly over and free speech reigns supreme.

Any 12 year-old with a cell-phone video camera or web camera can broadcast whatever political message he pleases in numerous YouTube style sites. Facebook alone hosts constant political give and take with millions of postings.

Today the consumers of the new Cyberspace media are more sophisticated and the information posted does not go un-investigated. It’s much more difficult to control anyone at all when you can’t control the information.

The result is a better educated population and the free ride for dictators is over unless freedom is regulated out of the Internet.
Posted by Paul Huebl Crimefile News at 5/24/2010 08:41:00 AM