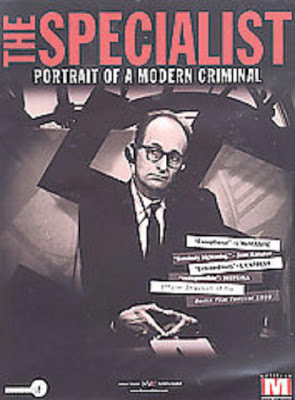 Jerusalem, Israel 1961—I was just entering puberty when the former Nazi Colonel, Adolph Eichmann was kidnapped by Israeli agents from a street in Buenos Aires, Argentina. Eichmann was a wanted war criminal they were looking for since Germany surrendered in 1945.

Aside from violations of international law and those of Argentina plans went forward for a show trial and execution of their celebrity prisoner. Because of the lawless nature of the Eichmann kidnapping the Israeli court was a party to a crime and that took any appearance of legitimacy away from this trial. It was absolute revenge, pure and simple.

As far as war crimes go, the Japanese got far less attention as did the Soviets for their own vast atrocities than the Nazis. The Soviets were winners and victors of war never need fear war crimes trials. There is a definite amount of exaggeration and legend in allegations made against certain Nazis. The only real truth is the six million Jews and nine million Germans that needlessly perished directly because of National Socialism.

Eichmann was an evacuation and transport specialist. His task was to arrange trucks and trains be filled with Jews and designated others made their way to concentration camps. The selection of Jews to be transported was the responsibility of the Jewish Councils appointed by the Third Reich especially for that task.

Eichmann’s show trial was filmed and the highlights of that trial make this film called, “The Specialist”.

From time to time during the trial you see members of the public in emotional outbursts as Eichmann tries to defend himself. The trial footage is riveting courtroom drama at its best.

As in the Nuremberg War Crimes trials, hearsay evidence was admissible. Hearsay evidence except in very limited specific criteria is forbidden in the USA by our Bill of Rights.

No small part of this trial was that infamous, Wannsee Conference outside of Berlin on January 10, 1942. That was where 15 high ranking Nazis met and the blueprint of the Holocaust was formulated as, “The Final Solution to the Jewish Problem.” Colonel Eichmann was assigned to record the minutes of this meeting. There was a redacted stenographer’s transcript later recovered by the Allies when the Nazis surrendered.

The Wannsee meeting was a dignified affair full of decorum and dinner complete with fine cognac. Running the show was the much hated and ruthless SS-Obergruppenführer, Reinhard Heydrich. Heydrich was unceremoniously assassinated in Prague just five months later.

There was no shortage of dissent by some Nazis at Wannsee to mass killings of Jews in that meeting. The iron fist of Heydrich prevailed. Continued argument by anyone present would have ended before a firing squad.

In a recorded interrogation of Eichmann by Israeli officials he said that Wannsee gave him some personal peace. Since the program and its orders were solidly established by the highest authority, Eichmann felt it absolved of personal involvement with the criminal conspiracy.

Eichmann likened his Holocaust role to that of the Roman judge, Pontius Pilate who absolved himself from condemning an innocent Jesus Christ to death by publicly washing his hands. Pilate felt he had no choice but to condemn Christ or face an insurrection by the Jews demanding the maximum penalty. In hindsight this Pilate comparison must have had the effect of waiving a red Christian flag at a Jewish bull. That was a bad idea for sure!

There was one thing that the Wannsee conference established. The Nazi genocide program was a state secret that kept the German people from knowing about the atrocities of the Third Reich.

That interrogation recording was played at Eichmann’s trial. The uniformed man who operated the tape recorder for the trial court made sure his sleeve was rolled up so he could display his concentration camp ID tattoo for the camera and all to see.

They put on scores of witnesses that established horrible crimes but apparently none that could personally implicate Eichmann. They spoke about the deaths of people during the transportation to the camps but clearly Eichmann was far away in Berlin. This was establishing guilt despite a serious lack of any direct evidence.

Throughout the trial Eichmann is cooperative, respectful and composed. You can’t help but know that Eichmann has little doubt he will have a quick date with the hangman. Perhaps like most Jew’s going to Nazi gas chambers, Eichmann was overly optimistic.

Eichmann freely admitted firsthand knowledge of the mass killings of Jews but was never personally involved the torment or killing of anybody. Eichmann merely made trains and trucks available for the poor souls selected by the various Jewish councils so the victims could be transported to their slaughter by others.

At Eichmann’s show trial there was not a single shred of evidence presented that Eichmann lied about his role or killed anyone at all.

I can’t help but think hanging Eichmann was a symbol or sweet revenge rather than a triumph of justice. The Nazis were in no way fair to the Jews and 15 years later they had little intention of being fair to Eichmann. Two wrongs made a right, at least in this case those who sought retribution. .

Overlooked by the entire world for responsibility prosecution were the Jews that became willing accomplices to Nazi’s crimes. There were members of The Jewish Councils or those horrid Kapos that forcibly marshaled fellow Jews around for the Nazis making the Holocaust possible. These criminals escaped all judicial punishment as they relied on their defense, that they were, “only following orders.”

Here is the identification insignia of a high ranking Kapo.

Since the beginning of the human criminal justice system the public always loves show trials, especially the ones that end in guilty verdicts and execution. The Third Reich put on at least 5000 show trials of Germans accused of resistance and condemned them to death. Far too often trials are only a rogue government’s method to legitimize murder rather than to examine crimes and establish real guilt.

The audience of the high profile Court TV trials had little patience for the Due Process and Rules of Evidence afforded by our hard won Bill of Rights. Somehow I have never mourned the fading away of Court TV from our television programming.

As for The Specialist, I say buy it or rent it (I got the film from Netflix) and after you watch it you will agree show trials are truly an ugly exercise. I’m not condemning public access to trials, just show trials.

Despite Israel's distaste for the death penalty they quickly hired a hangman for the condemned transportation specialist.

Socialist governments wallow in their holocausts everywhere they gain power. They must be stopped or the mass killings will begin like they always do. Americans can't ignore history!

Make sure to support Jon Burge at his show trial.