Rights for Terror Suspects On Our Soil 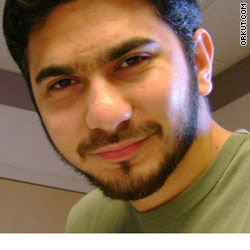 New York, NY—To the dismay of all those leftist Barack Obama Kool-Aid drinkers The Times Square bombing suspect was just another Muslim at war with America. They were hoping to have an anti-Obama political Conservative to blame for the act.

Now a suspect is criminally charged and has been read his Constitutional rights under Miranda vs. Arizona. That’s just the way we do things in our own free country. To condemn this way of dealing with this Muslim monster is dead wrong.

If you want to condemn something, condemn the asinine and incredibly stupid policy we have to allow people on planes headed for our soil to fly on passports from countries we are at war with or that hate us. Most of our security problems would be greatly reduced if we just keep people from hostile nations off our soil.

Once they are here we are obligated to give them American Due Process of law. We are not however, obligated to allow them air passage to our country. Let’s lock them out now.

As for the Times Square bombing attempt and the investigation summary can be read in the complaint filed by the US Attorney’s Office below.