Our Capitol Cockroaches Are Finally Worried 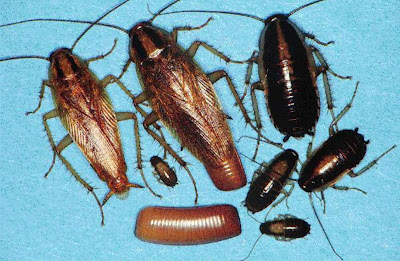 Washington, DC—They are the cockroaches in a filthy kitchen when the lights are turned on. Their nefarious activities used to escape notice as the voters were totally ignorant of the massive corruption in our government. Not anymore!

The way Americans get their information has changed. No longer do a few large newspapers and three Television networks control what is published or broadcast.

The new media is here! Talk radio and Internet bloggers have brought a bright searchlight into the halls of federal, state and local governments. Learning how politicians waste the money they seize from hapless taxpayers is now as easy as a few mouse clicks.

Incumbent politicians are learning their misdeeds no longer escape public scrutiny. Americans are finding out about betrayed public trust, lies and unbridled arrogance by their elected officials. Elections are suddenly ending lifetime political careers because of educated voters. The incumbents know their days are numbered.

Yes, they are afraid. They are staying awake nights trying to figure ways to legislate draconian regulation of political speech. Like all cockroaches they hate the light. The misleading title of so-called Net Neutrality, the FCC power grab over the Internet and a return of the unfair, Fairness Doctrine are all on the table. Why all the fuss you ask? Why they simply want to silence criticism or exposure of government corruption.

Socialism can never survive with free speech and a free press. With the Internet freedom thriving and the cockroaches absolutely hate it. They have to shut down the information or face certain exile. The Socialists are never going to give up efforts to control speech without a massive fight. I smell gun smoke!
Posted by Paul Huebl Crimefile News at 5/19/2010 08:20:00 PM

Ya better stock up some batteries over there in your LA-area residence, Paul -- an Arizona power commissioner is threatening to cut off your electricity.

Who knows? Maybe we (Arizona) will also be re-opening that former agricultural inspection station just after where I-10 enters Arizona from southern California and turning LA-basin residents back to where they came from.

Time for Arizona to secede from the union? Hmmm...