Obama’s Birthplace Is A Needless Controversy 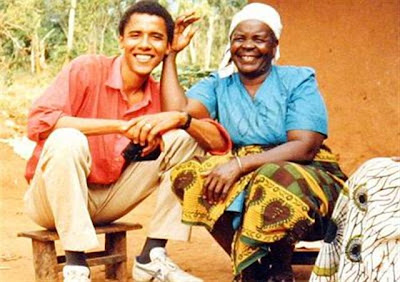 Washington, DC—The questions about Barack Obama’s place of birth will never cease until the mystery is solved.

If Obama was born in Hawaii as some records reflect, the unsealing of actual birth records and forensic examination of them would put the matter to rest forever.

There are passport, visa and student loan discrepancies that also cast a shadow over the man who promised America transparency.

Not only does Obama refuse to allow the release on this information he has quietly spent well over a million dollars avoiding litigation seeking the release of the information. There can be no question that Obama has something damning to hide from America.

The majority of Americans fall in the second two categories.

Obama’s own Grandmother and others In Kenya, Africa was very proud that Obama was born there and have made numerous public statements about that. That’s difficult evidence to argue against.

There are many people that know the truth. There are real documents that would put an end to the litigation, nagging doubts and the obvious and expensive efforts by Obama to hide the simple truth.

Obama’s redundant campaign promise was that he would run a transparent administration. The opposite is what we have received from day one.

This is really a simple issue to remedy. Americans should simply stop any and all cooperation with government in any form until all the records are open. Americans are entitled to know the truth.

Americans have the power to force the issue and should. A peaceful effort may well prevent a Civil War as more and more Americans doubt the legitimacy of Barack Obama as our President.

Perhaps there is some kind of student loan or admissions fraud involved. The fact is there has to be a nefarious reason for the secrecy.

It appears that Obama may well be an illegal alien and should be removed from office at once.
Posted by Paul Huebl Crimefile News at 5/14/2010 08:45:00 PM

The answer to the Obama mystery lies in his bar admission records.

Normally, all who pass the bar exam are sworn in in a mass ceremony on the same day. Obama was not sworn with all the others -- he was sworn in a month later.

This indicates to me that there may have been something in his background that required further investigation/explanation/clarification.

Take a look at the Illinois Attorney Registration website. His admission date is a month after the rest of his class.

The first Executive Order the messiah sign was EO#13489.It effectively sealed his records from examination except from SCOTUS.

This doesnt seem very transparant and supports he is hidind something.

Why the Republicans an other conservatives havent pulled all strings on this issue is puzzling.

Hres hiding some crimes and illegal schemes to achive what he has through a nexus of anti American values and has created this schism to further didvide and keep us fighting about race? when he doing just the opposite of what he says!
He has lied from day one to the time he filled out his 2010 census? When he proved he was a racists when he marked just one ethenic race?he said he was "BLACK"Even two timing Tiger checked more than that one?and they still consider him to be Black"But Obama didn't even give his white side a mention? I thought it was a crime to write lies on govet. papers!

His real father a kenyan?his brith in Provinical Coast Hospital?Granny Sarahs recorded interview stating she was "present at his birth"but now she has solar powered house and free trips to mecca?
His school records that state hes a Muslim?His adoptionLolo Soetoro?becomes a Indoniesan/Muslim citizen
his mentor Frank Marshall Davis and mothers lover since she was 13 years old.Having 3 somes with him and his wife in his hawaiian apartment.Which he writes about under the name of "Ed Greene"
Then he claims he is an Indonieasn citizen to get help from the foriegn student aid?He returns to Indoniesa on the pre text to visit his mother,but she had long since returned to Hawaii for a divorce but BarrySoetoro applies and get an "INDONIESAN/MUSLIM PASSSPORT?and then travels to countries where no american could have traveled,but In donieasn /muslim you could have satyed with Osama bin laden?he refuses to say where or who he styed with?
These are the questions I would like to know his answer to?what do you think he's hiding?