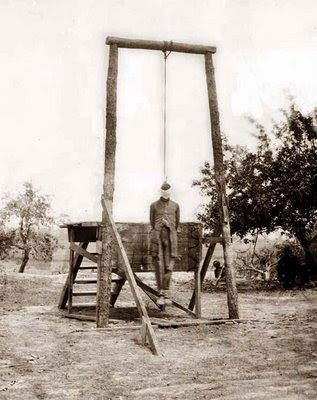 Chicago, IL—I’m no fan of Former Governor Rod Blagojevich because he’s part and parcel of the criminal enterprise that runs Chicago and now the Whitehouse. Blago is set to spin the Wheel Of Misfortune at Chicago's Fderal District Court on June 3rd.

Still Blago is entitled to a fair trial with proper discovery and the right to subpoena witnesses for his defense. Blago will get anything but a fair trial and can count on being in prison at least until the U.A. Supreme Court has an opportunity to look at the 7th Circuit court of Appeals judges legal sabotage of Blago’s rights.

I’m absolutely convinced that Barack Obama is part and parcel to any attempts to sell his former senate seat. Blago has the goods on Obama and I don’t think he’s willing to fall on his sword without bringing down Obama and his presidency. I’d be absolutely shocked if Obama is not part of every criminal conspiracy that gave him an opportunity to do what Chicago Democrats all do.

Blago should have gotten immunity to bring down all the Chicago rats. Instead they have tried to craft a trial where release of facts of other’s criminal activity is forbidden.

The old criminal defense war horses, Sam Adam, Sr. and Ed Genson have been hogtied by the court in every way possible. Defending the hapless Blago under those conditions will be challenging to say the least.

I look for Genson and Adam to stir the Whitehouse excrement in a big way. If they don’t, their client is sure to do that during his show trial at the Dirkson building.

The problem is the unlimited ability the Whitehouse and Chicago democratic party has to extort from and bribe anyone and everyone. Witnesses, judges, prosecutors, jurors and defense lawyers will all have the payday of their wildest dreams if they cooperate. There will be hell to pay if they don’t.

If I appear cynical please forgive me. I was born and raised in Chicago and am intimately familiar with the inside of the Democratic machine. I have testified as a cop witness several times against and at least one time for people represented by Genson and Adam in Court. I know to expect the unexpected here.

Genson and Adam can be rich legends if they take Obama down or rich whores if they sell out their client. There is a lot more at stake here that a criminally charged client’s retainer. History will be made and it’s the winners that write the books.
Posted by Paul Huebl Crimefile News at 5/11/2010 07:18:00 PM

If Blagojevich is found guilty, the judge better lock him up ASAP. If he's not taken into custody immediately, Blago will hit the circuit and spill the shit on the Jacksons, the ballerina, and Barry O'Bomber.

Jimmy the Greek wouldn’t touch this one. It’s a sure bet he’ll be silenced, railroaded and then six months to a year from now we’ll all be reading about his suicide in prison. You know that sort of thing has been going around here in Chicago lately, sudden unexplainable suicides among the clout heavy. Is someone tying up loose ends or loose lips perhaps ?

The Federal Marshall’s should yell, “DEADMAN WALKING” when he enters the courtroom.