Israel Has Been Bluffing About Nukes For decades 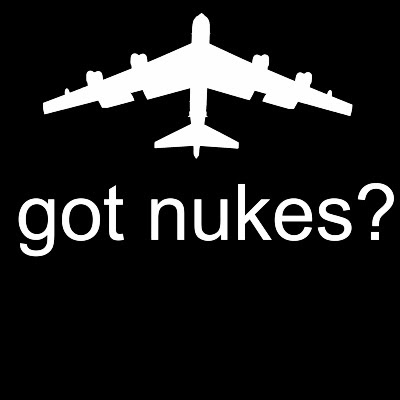 Tel Aviv, Israel—The biggest clue to me of the nuke PR scam was the Jonathan Pollard Spy Case. If they had the bomb along with the ability to use it why’d they need Pollard?

It’s no secret that Israel is in the gunsights of every Arab neighbor. Today’s Whitehouse will never back Israel. If Israel had the bomb they’d have used it to neutralize the very real threat of Iran by now.

Israel’s days are numbered because the Barack Obama Administration has been sending mixed messages that seem to invite unlimited aggression against Israel and no retaliation for Arab threats.

For all of my Jewish friends that voted for Obama you’re probably going to see your worst nightmare come true, because with Obama in control the Arabs have all but been invited to attack Israel by the Whitehouse. The Arabs will lose Obama’s protection the second he’s out of office. This may be their only chance to own Israel.

To my readers, I respect Jews especially my many friends.

I don’t offer my support to the stereotypes that I consider dangerous to the world like George Soros.

Israel has a right to live and enjoy their country without interference. The Palestinians living there that don’t like it should simply move away.

In the real world we can’t all just get along but we can leave each other alone.

As for Communists and Socialists of any origin or persuasion they are only good for fertilizer.

I will delete coments that attack Jews or their right to exist.

Israel is like that skinny kid we all knew in the neighborhood who had few friends, got picked on a lot, and got all A's in school.

Israel is the best friend we have in the world, and an oasis of strength for us in the Middle East. We give them a weapon and they modify it, make it better and give it back to us.

The cutting-edge research that pours out of Israel's institutions has enabled the world to make dramatic strides in medicine, technology, biology and chemistry. Give them a patch of desert and five years later it's filled with olive groves, farms and schools.

Now contrast that with what comes out of Arab countries. Oil, terrorism...?

Obama is a friend to our enemies, and an enemy to our friends.

I believe the izzys have smaller tactical nukes.


"Every time we do something you tell me America will do this and will do that . . . I want to tell you something very clear: Don't worry about American pressure on Israel. We, the Jewish people, control America, and the Americans know it" - Israeli Prime Minister, Ariel Sharon, October 3, 2001

I admire the Jewish people....and know for certain that they will never, ever allow themselves to be wiped off the face of the earth.

Too bad we all can't get along, but maybe some day.

Off Topic, but I have heard that there is some movement on the Ted Kozak case. Any updates?

People listened to Obama's lies and voted him right in. They never looked at his roots, background or expertise to run this country. I was a true democrat for years. But in the last 20 years I found Democrats are all self serving thieves who only care about their pockets. With all the attacks that have been thrown at Israel, we should be backing them 100 percent. They seem to be a target for every fanatic in the world. The sad part is now the USA is becoming a favorite target, but our politicians are clueless. As at the airports. The TSA's are all the same employees that worked the passenger checkpoints before Homeland Security was formed after 9/11. Now they just think they can throw their weight around. The TSA's are still worthless at any type of security but now they have pretty uniforms and they feel important. Everybody should remember Obama is just another Chicago poitician. You know how well Chicago is at keeping it's city secure. Just remember, Aviation Police are still unarmed and Chicago Police at the airports are way understaffed. James Maurer tried to increase security and arm Aviation Police. What did it get him. Fired. On top of that they put a former fireman in charge of security. The answer being he is highly trained in the case of attack. In other words, we will worry about the aftermath of any attack, instead of placing measures to prevent one. Obama has the same mentality. The one thing I have to say is the people of Israel are very well trained in security and don't take crap from anyone who is a threat to their country. We should have half of their energy and fortitude to protect our country. As I've always said, we are reactive and not proactive. This is common knowledge to anyone. It is not a question of if, but when.