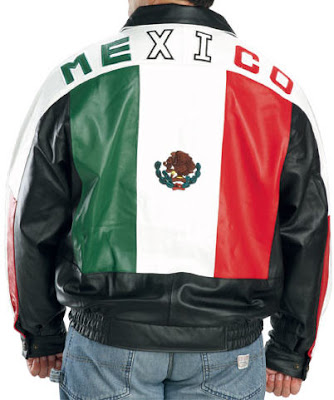 The pure and simple fact is a vast majority of American voters want the border closed and the trespassers removed from our soil. It’s about economics and the threat to liberty, not racism. Mexico exports crime, poverty and drugs to our country. They are not sending us their doctors, teachers or engineers.

Most Conservatives I know are incredibly sympathetic to the plight of immigrants who take risks to pursue the American dream. Nearly all the immigrants are trying to flee from failed leftist nations.

It’s not the Latinos that are hated by Americans but the governments they flee from. Those Socialist banana republics are anything but bastions of freedom or free enterprise. They are corrupt Leftist nations that maintain power through keeping their people ignorant and poor. Most immigrants are in fact legitimate refugees.

These poor folks want work but they know that their lack of skills and education will bar them from affording medical care or babysitting/education for their children in America. They are also well aware of the relative ease of entitlement theft through immigration fraud. The lure to break our immigration laws is incredibly strong.

Instead of opening our doors to a never ending stream of ignorant and poor we should be assisting these people in the overthrow of their own governments.

These refugees must realize their own power to create their own Mexican Dream in a land of the free. The same problems exist in nearly all of Central and South America. These horrible governments are allowed and encouraged stifle productivity, and freedom.

The Latino refugees need to focus their efforts and energy on dealing with the problems in their own countries instead of invading ours. If they accomplished what they should, the immigration problems would end or even reverse. Imagine if Mexico had the kind of limited government our founding fathers gave us? They'd need fences to keep the Gringos out!

We have a government foundation the Leftists hate and continually destroy. As they criticize the few freedoms we have left, America is still a huge draw for millions of people from all over the world yearning to be free. The Leftists want to make America just like the countries the refugees are fleeing from.

We have more than enough day laborers, bus boys and other unskilled workers. The illegal immigrants are competing with Americans and legal immigrants for the few jobs available. Illegal immigration threatens our way of life and must be stopped cold.

The poor immigrants need real help and that is aid, education and enablement to go back and fight for their own freedom. Mexico has every great natural resource we do and there is no excuse for failure at self-government. FREEDOM IS NEVER FREE, IT IS ONLY EARNED BY THE BLOODSHED OF PATRIOTS.
Posted by Paul Huebl Crimefile News at 5/02/2010 08:14:00 AM

Bill Maher on his show "Real Time" did his usual libtard progressive disinformation routine.Sad little hollyweirdo that sits in his liberal bubble with no sense of reality and connection with the working class.

My family and I legally immigrated to this country 42 years ago from South America. I make me SICK to see how the feds are turning a blind eye to ILLEGALS coming to this country. They are bankrupting our country. I believe that the feds want to be part of the North American Union and that is why they aren't enforcing the laws.

It is time to take our country back!

For years, I would go to the gun shows in Phoenix and see hispanics coming out with two-wheel carts packed high with thousands -- not hundreds but thousands -- of rounds of ammunition. I used to wonder where they were taking it but now I know, to Mexico in support of their drug trafficing.

The Mexican government doesn't appear to be capable of dealing with the drug cartels and, given the weapons they now have, I doubt if the general populace is going to be able to do much either.

Someone else is going to have to step in and do the job. (Care to guess who that job will fall to?)