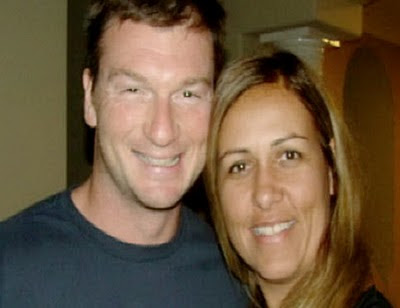 I think most reasonable people would want the killer/s caught and punished. So far the evidence only consists of guesswork and a trouble marriage. That’s hardly enough to ruin a man’s life over.

The Mexican authorities briefly held the hapless husband as a murder suspect but lacked minimal evidence and released him with instructions not to leave Mexico. Now, Rodolfo Garcia, deputy attorney general for Quintana Roo state, reports that he has unsuccessfully tried to bring in Beresford-Redman for some more grilling and can’t find him. Grilling? Fat chance, they want to arrest him especially because he’s well known throughout the world.

Who in their right mind would make themselves available for the terminally corrupt Mexican government? Who would risk rotting in a filthy Mexican jail where hefty bribes rather than innocence will set you free? It’s anyone’s guess how long Beresford-Redman would remain in jail waiting for a day in a Mexican Kangaroo Court.

There is no Bill of Rights in Mexico and residents by the tens of millions vote with their feet to get out of that huge corrupt cesspool. I will never understand the lure of a Mexican vacation. Mexico is a dangerous place to visit and you will be sorry if you don’t bring cash for government official bribery. It's a pretty countryn but it may become your worst nightmare.

The media along with the true-crime junkies have pre-judged Beresford-Redman Guilty without a shred of evidence.

Beresford-Redman has no life anymore so why surface now? He’s far better off to somehow find a new life in a central or South American paradise. Returning to the USA will just end in extradition and a destroyed life.