Gays In the Military 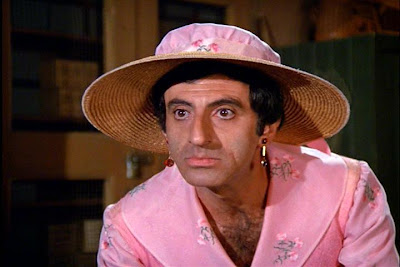 Washington, DC—It’s one thing to be in an all volunteer military since you made a choice of your own free will knowing the situations, danger and discomfort you may experience. You’ve made your own bed when you volunteered.

It’s completely different when you are conscripted for service in the draft like I was. I was forced to accept living in close quarters with petty criminals, chain smokers, drug users and people with poor hygiene. I’m sure there were Gays in my Army but the slightest manifestation of that trait brought swift punishment. In reality the Max Klinger character from MASH Gay or not would have been sent home as soon as he put on a dress.

When you serve in the military you lose all privacy as you are forced to shower and sleep in close proximity to people you find revolting. You are required to sleep with another man in a tiny pup tent. For the most part it is almost tolerable if the tent buddy is clean and heterosexual. It’s still too close than I’d like to be to any man.

Now the Gays will be free to flaunt their lifestyle, and troll for sex partners without interference. That could work only if they create segregated Gay only living arrangements. Gays have a right to exist and defend their country. I reserve the right to not live with them in confined quarters. I don’t see how the military will be able respect the rights of all involved. This is a bad idea when Gays can find other ways to serve their country.

If we have any expansion of war or outbreak the draft will resume. Gays were excused from serving without penalty. The same was never true for the heterosexual men. Had I been able to simply opt out of the draft I would have done so.

Somehow getting drafted and getting sent to Germany as a medical corpsman was a major adventure in my life. The medics were a better educated, better behaved and generally a better class of solider to serve with than the line troops. Medics also got star treatment from all combat soldiers. Being called “Doc” was an honor for me.
Posted by Paul Huebl Crimefile News at 5/24/2010 07:09:00 PM

"Now the Gays will be free to flaunt their lifestyle, and troll for sex partners without interference."

and they can get fragged,shanked,and knee capped as well.