Conspiracy To Obstruct, Aid and Abet The Violation of Federal Laws 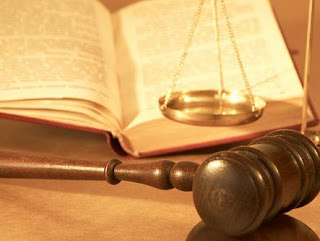 Washington, DC—This sounds very serious doesn’t it. These are despicable crimes that would get any perpetrator many years in a federal prison. Except of course when the criminal conspirators are above the law. Wait a minute! I thought nobody in America is above the law? But clearly some are above the law.

President Barack Obama, and Homeland Security Secretary Janet Napolitano lead a long list of public officials that have gone out of their way to conspire and violate every United States Immigration Law. They have done everything possible to prevent the arrest and deportation of immigration criminals trespassing on our soil and stealing those entitlements reserved for citizens and legal immigrants. .

These criminals must be arrested and brought to justice since their crimes are much greater than those of the trespassers themselves.

Can we pick and choose what laws we want to obey? Apparently you can if you’re able to simply and lawlessly dictate to the U.S. Attorney and other law enforcement agencies to violate their oaths and public trust.

American’s have the right to force prosecution of Conspiracy to Obstruct Justice and loads of other violations against anyone breaking our laws.

We put people like Martha Stewart in prison for a whole lot less. Perhaps we need to force our officials to obey the laws they demand we live under. Clearly these officials deserve to face arrest, indictment, prosecution and punishment for their continuing criminal enterprise.

Perhaps we will at a minimum see a racketeering lawsuit against these criminals filed on behalf of citizens, legal immigrants and taxpayers that have been adversely impacted? The courts would have to grant an Injunction or Mandamus forcing them to comply with the law.
Posted by Paul Huebl Crimefile News at 5/27/2010 12:03:00 PM

Those who make the law,break the law.