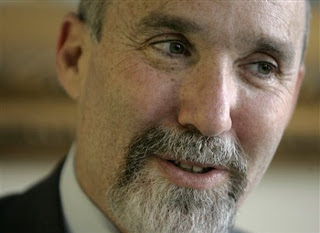 Chicago, IL—High profile Chicago lawyer Joel Brodsky announced exclusively to Crimefile News that he’d take on the case of the 85 year-old Garfield Park man who killed a home invader this morning without charge if he’s arrested for violation of the city’s 30 year old gun ban.

Brodsky came forward after reading this blog saying, "Self defense isn’t just a right, it’s a duty. If this man is prosecuted for saving his own life it’s not just a travesty, its justice turned inside out ".

Update: The Victim’s age is now confirmed now at 80. He turned 80 last April.

It is a good start. best of luck

Same here, best of luck and God Bless the Elderly Veteran and his wife.

He is definitely right. The criminal justice system has been turned upside down. Now it seems to protect the guilty while prosecuting the innocent.

I will be most pleased to assist in the financial obligations for the elderly gentleman's right to forcefully defend himself !!!

I know, liberalism is supposed to be the answer to a wonderful life but if you follow it closley you will see that it is a cancer slowly eating away at your freedom.

Would love to see what Daley says about this. These politicians love to make new laws to support the criminals and never enforce the true American Laws (2nd amendment). Chicago is going to burn hard on this one.

GOOD FOR YOU! Our Second amendment rights NEED to be defended!