Chicago Cop Busted In Connection With Police Board Payoff Scheme 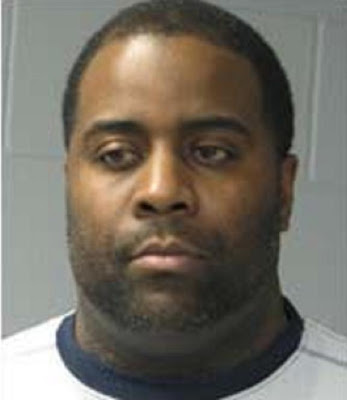 Chicago, IL—Chicago police officers disciplined for “sustained” complaints of wrongdoing are entitled to hearings before the nine-member Chicago Police Board. The board operates pretty much in secret and there have long been assertions with mysterious cases that show that, some officers are far more equal than others.

Clout seems to rule at the police board rather than simple justice. The secrecy seems to prevail and then video recordings made at the police board hearings never see daylight. The board is comprised of members that do little but sign off on hearing officer’s recommendations. They don’t attend the hearing but claim they read the transcripts. Board members are simply fortunate people that need not show up for work.

Today the U.S. Attorney announced the unsealing of a criminal complaint against 12 year police veteran, Victor Brown for lying to the FBI.

The FBI claims they have an officer/informant that paid $4,500 between 2008 and 2009 to Brown to fix his police board case. They claim to have recordings that show that when Brown was questioned by FBI agents he denied accepting cash or promising to fix cases.

The big question is obviously, is just how dirty are the board members? Since the current police superintendent Jody “J-Fled” Weis, was personally involved in the investigation it’s stained with the taint of insider medaling. The police board members are sacred cows that will be protected at all cost.

The US Attorney claims that this investigation is ongoing but somehow I don’t think that political holdover will be rocking the police board’s boat anytime soon.

I’m not going to judge officer Brown because I’ve learned long ago that things are not always as they seem in the city run by the Daley/Burke Crime families.

Today Brown was released on $50,000.00 bail. Brown is going to need a top criminal lawyer and investigator to avoid prison. If they sent Martha Stewart away for this, imagine what they’ll do to a Chicago cop.

This is just the tip of the iceberg with the Police Board and the two-tier system of discipline on the CPD.

How many good coppers have been fired or taken serious time for BS because they were not hooked up???

If his name was Tobias he would of got a better job at 35th street and a nice hiding spot. Why is Tobias untouchable?

Paul,
This guy needs to hire you as a defense investigator and that great lawyer Jed Stone in Waukeegan if he's to get a fair shake.

Tobias is untouchable cuz he is related to an alderman by marriage and Tobias is the ultimate asskisser and brown-noser. He should have either demoted to Lt or fired for his incompetence in SOS scandal.

So nobody in the CPD have the balls to go against Tobias that took the whole department down and should of been stripped for all the allegations that are against him. Every job Tobias held he screwed up and is costing the city millions in lawsuits. Officers should not even look him in the eye because you can thank him for all the new bull that has came to the department because of the SOS scandal he created. He violated peoples rights so he should be in jail.

Tobias lives the good life and he should be in the pen.....he turned a blind eye and because of his clout, was spared. Thats politics in Chicago