Americans May Revolt Against Slavery 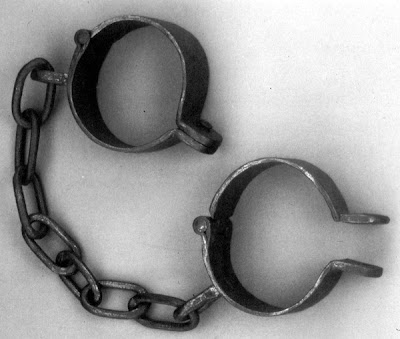 Washington, DC—The administration of Barack Obama is actively enslaving America’s taxpayers. That’s a direct violation of the Thirteenth Amendment to the United States Constitution that reads, “Section 1. Neither slavery nor involuntary servitude, except as a punishment for crime whereof the party shall have been duly convicted, shall exist within the United States, or any place subject to their jurisdiction. Section 2. Congress shall have power to enforce this article by appropriate legislation.”

What has happened is that a slim majority of entitlement addicted voters have been able to elect wealth redistributing Marxists to public office. Now those politicians are enslaving hardworking taxpayers to excessively pay for entitlement programs that have no basis in our Constitution. The Constitution has not been amended to allow the seizure of our money to fund entitlements for anyone.

Government agents seizing property have no more legitimacy than armed robbers. It’s very simple, either Americans will capitulate to the tyranny or forcefully resist. Frankly I’d prefer politicians understand they will become targets for American marksmen and not endanger themselves through treason. For those who think they are somehow above the Constitution perhaps violence may well be warranted.

At some point Americans must sue the government for violating their rights and seek injunctions against the redistribution of wealth. If the courts won’t protect Americans I suspect we can count on the smell of gun smoke in our air
Posted by Paul Huebl Crimefile News at 5/18/2010 09:55:00 PM

What's happening in Thailand could be a preview of what we have in store for us.

In Thailand, a wanna-be orchestrated himself into a position of influence and, with the complicity and assistance of a military leader, overthrew the existing government in favor of his own.

The present day riots are rooted in a large public uprising against the new rulers who are using the military to attempt to stop the protesters.

While it is also true that Thailand's old government was a monarchy and parliamentary form while the new one is supposedly a republic, the fact remains that the "change" was instigated, orchestrated and conspired to by a small number of powerful individuals.

The form of government is largely irrelevant when those in control are small in number, and the number under their control are large.