Accepting Tyranny Is A Human Failing 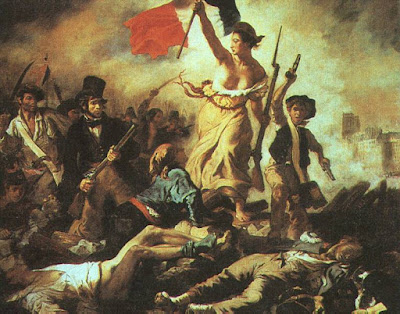 USA—Today’s inhabitants of this large country don’t have a clue about Freedom and Liberty. Why? That’s because these people are too young and have never experienced life without absolute government control.

Imagine walking around without a government issued photo ID. Imagine walking into government buildings and boarding boats, trains and planes without being searched like a criminal. Imagine having a small business where you can hire or do business with who you please. Imagine being able to sell or rent your property only to someone you choose.

Imagine that you hard earned money not being confiscated from you and turned over to narcotic addicts, illegal aliens, welfare cheats or corrupt politicians and their hand-picked corrupt government vendors.

Imagine having police officers you could depend upon for real help rather than government extortion agents looking for ways to confiscate your hard earned money.

Imagine having the disposable cash to take care of your parents and special needs children without incompetent, meddlesome and intrusive government interference. Imagine deciding for yourself who deserves your financial assistance.

Imagine being able to keep and bear arms without infringement to defend yourself and family as the Constitution once guaranteed.

This was the country I was raised in but it has taken a sharp turn into the Socialist abyss in recent decades.

As for the searching and ID requirements, I redundantly hear that sigh and remark that we live in troubled times and it’s necessary. That’s incredibly bogus since we had numerous wars including a Civil War and did not resort to trading freedom for pretend security. We’ve become a nation of cowards.

Every day in America, Socialist politicians try to sell us on even more freedom robbing regulation and it will never end. For example they want “reasonable limits” on talk radio and bloggers claiming unnecessary incitement of Americans. The Socialists know that they only survive if the majority of the population is ignorant and free speech interferes by giving the population too much information.

A huge goal of the Socialists is to strangle the bloggers and free speech with their effort to control the Internet. Their legislative agenda carries the benign title of “Net Neutrality”. Political dissent is Socialism's greatest enemy and must be shut down if they are to get the absolute power they need.

America’s Socialist politicians currently have a majority and an agenda to convert this country into another colossal Socialist failure that will see the murder of millions. That’s the way it always happens where the Socialist flag flies.

These rogue despots have turned a deaf ear to Americans as they violate the constitution. Americans have a long and traditional absolute duty to use force and violence to preserve the Constitution. Killing enemies of freedom is a reasonable response. Being an American politician with a Socialist agenda must be seen as a very risky occupation.

Parting ways with our Constitution should be fatal to all politicians. What will Americans do to see the return of freedom now? Will Americans simply hold a few more Tea part demonstrations and then simply submit to Socialism. Americans can either significantly ratchet up their resistance or become total slaves to another Socialist failure and holocaust.
Posted by Paul Huebl Crimefile News at 5/08/2010 11:43:00 AM

I believe America faces some of the same issues during the build up to the American Revolution and the War of Northern Aggression.

I hear the same old pansies say you cant fight city hall,just roll over and take it.Others say,I have no say in the matter.

Others will make statements like,you cant beat the police or the army.Well they do not know too much about history or asymetrical warfare.

"We’ve become a nation of cowards."

...and a nation of FAT cowards. Recent survey by the Pentagon shows that almost 30% of young people in the U.S. would not be able to meet the military's minimum physical fitness requirements.

And to 11:59 AM, you are absolutely correct. The times of today mimic the years just preceding the American Civil War that started in 1860.

America is buckling under the weight of liberal educational institutions, nanny-state leftists and Social Democrat minority politicians who have never worked an honest day in their lives but are now ruling this country.

When will the sheeple wake up? Probably not until the house is burning...

I will never understand why the people elect politicians to office and watch them take a solemn oath to uphold the Constitution, yet when these same politicians try to pass laws that are unconstitutional, such as gun control, no one says a word. In my opinion, as soon as an elected official does anything contrary to the Constitution that he swore to uphold, he should be thrown out of office immediately and brought up on charges.