Why Concealed Carry Is Right For Europe 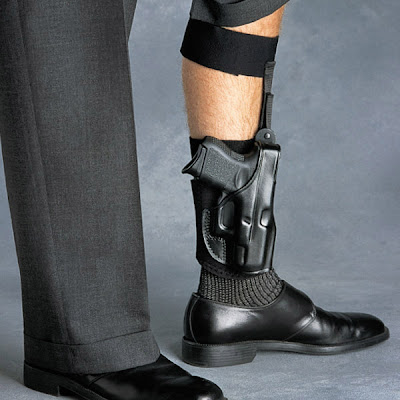 Europe—Europe has a fascinating law-abiding substantial majority today. Europeans have amazing respect for all laws big and small. The timing is everything as crime rates now change for the worse.

Criminals here are particularly ruthless. Many criminals are coming from countries where respect for law is miniscule like the former Soviet Union. The Socialist run nations criminalized everything they could as a revenue tool. That destroyed respect for law in general.

Violence in Europe is on the increase and cannot be controlled by police especially in free societies. Committed and competent help needs to come from ordinary citizens.

The only meaningful way to stop in-progress crimes is with the threat of force or actual force. Superior manpower or firearms are the only resources that work to prevent imminent death or destruction. Just the threat of force nearly always works without injury. Except in rare circumstances, the cowardly criminals stop in their tracks or try to escape. Rarely is a single shot ever fired once an intended victim produces a gun. Peace is restored without injury or death.

Self-defense is nonexistent for those that cannot have the advantage of a weapon and several hours of training. Violent and early mortality can be avoided. Carrying a gun provides the same kind of advantage as wearing a seat belt while driving.

I carry a gun every day of my life. I wear a seat belt every time I drive. For me these things are automatic. I can say I’m alive today because I carried a gun. I have never been in a serious enough auto accident to claim a seat belt saved me from death or serious injury. I will still wear the seat belt as I pack my .45 automatic anyway.

The UK police make a big deal out of arming their officers. The government officials give their officers with weapons training initials to sign after their name just like they earned a PhD! Yes, that’s ridicules. The officers with that designation strut around like very important peacocks. The royally privileged and armed police then zealously set about to insure that only they be armed. How sickeningly repugnant is that?

The fact is, the members of society that need the firearm protection goes without and are at the mercy or lack of it displayed by the rapists, robbers and killers. The government holds down the law-abiding citizen until the thugs finish their acts. The government becomes parties and accomplices to the crimes.

Police always arrive after the fact, unable to arrest but simply to deal with the mops, buckets and report process. If the cops get lucky they will catch the most incompetent criminals that don’t know how to cover their tracks. Serial murderers are rarely captured by police. Their intended victims or armed people close to the victims actually have a much better capability to stop these killers.

As the crime rates increase in Europe the criminals will become bolder and unstoppable. This road to ruin can be stopped with trained armed citizens with the right to use reasonable force to stop victimization. Yes, the law-abiding can be trusted with firearms. We also know that convicted criminals cannot.

Gun training is important but the graduates need no initials after their names, just the right to be free from violent attack.

Europe simply needs to look at the statistics from the states in the USA that have concealed carry. Those who get the training and special permits are almost never found on the wrong side of the law. The very few who do break the law violence and firearms are never involved.
Posted by Paul Huebl Crimefile News at 4/30/2010 11:54:00 AM

"The royally privileged and armed police then zealously set about to insure that only they be armed. How sickeningly repugnant is that?"

Kinda like here in the USA where most officers feel they are the only ones who can carry.