Hollywood Is In A Creative Depression 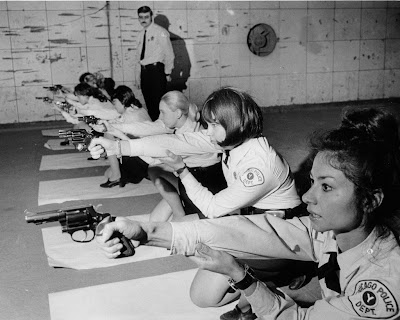 Los Angeles, CA—Where are they? Where are the films that you really want to see? The compelling stories brought to the silver screen that have any relevance to our lives aren’t being made anymore.

Animations, robots, and comedies that barely make us chuckle are wasting space at the cinema’s. Gone are compelling stories of real heroes, courtroom dramas or historical events.

Personally, I want more actor driven films without the ridicules special effects that are just silly and not believable.

When I was visiting the Bendlerblock military compound in Berlin last November, I found 5000 stories there waiting to be told. That is where Col. Clause Von Stauffenberg and others planned the bombing attempt on Adolph Hitler’s life. Today a portion of that facility houses the German Resistance Museum. The stories here of of the heroes that were arrested tried and executed for resisting Adolph Hitler and the devastation he brought down on the German people. The stories documented there are all incredibly compelling and full of adrenalin fueled intrigue.

Nearly every courthouse in the entire world has those stories of justice served or gone wrong that would inspire, thrill and entertain moviegoers. Many of the best stories are long forgotten but none the less powerful and relevant to our lives.

Great films are out there that are not vehicles of the obvious product placement spam, action figures and the rest of the crap we did not spend our money to see.

My own film about recruit Chicago policewoman Ann Leybourne’s ending a career serial rapist’s reign of terror over the city’s North Side would put viewers on the edge of their seats. One beautiful young ingénue selected for brutal victimization by a cunning criminal was able to accomplish what Paul Kersey or Dirty Harry Callahan could only do in fictional thrillers. This film, COME FRIDAY is not so expensive to produce but will captivate and inspire the audience.

Every week I look for new movies and released DVD’s but can’t seem to find anything worthy of two hours and the price of a ticket. The Hollywood investors have never had a better opportunity to make quality films with so much expensive garbage out there. They just have look beyond the talent agencies that have lost their magic.

Film investors need to find a great story, land a decent director and avoid input from the large talent agencies their bad ideas that have not been working. Making films that’s actor driven is what movie goers really want.

Here is a great film waiting to be made that moviegoers are waiting to see. .

We all want better films Paul. Unfortunately the studios are just divisions of big companies that need to keep shareholders happy; that means they go for the least risky option. Why should they do something risky when they can get a guaranteed return trotting out the same undemanding old stuff aimed at 10 year old boys?

Paul, Come Friday must be made. Annie Leybourne was indeed a hero and her story has no parallel anywhere. She was the last person I’d ever expect to survive that kidnapping and rape attempt by an armed psycho.

Someone must get enough money involved to get a green light to this story of justice we never imagined.

Film makers don't want to make good, strong character driven films about real life heroics or anything that would make people think. Instead, they come up with garbage like Brendan Frasers's new movie called "Furry Vengeance". I've only seen the trailer one time but it looks to be one of the most idiotic pieces of trash that has even been made. I'll never understand why there are very few good movies anymore. Your script sounds like it could be a great one. Hope someone finally makes it one day.

A savage tries to rape her, possibly kill her and she KILLS the savage bastard because she's lucky enough to have a gun.

This should happen a lot more if we had the right to carry.

I've cross referenced Paul's tribute to Annie on SCC under "How Drunk Were the Dead?"

Great picture, Paul. Quite an array of guns. I seem to remember that they were authorized to carry a .32 caliber revolver with a 3-inch bbl. I guess eye and ear protection weren't mandatory.

I wonder where they are now!

From Ann’s class of 15 women, there was one deputy superintendent, one district commander, one lieutenant, and a few sergeants like Ann. I think they are all retired.

They were the very top candidates from the 7000 women that took the policewoman civil service exam in 1972.

Annie impressed me from the git-go. Character was everything. Rank was irrelevant.

If indeed, of the fifteen lady police officers, one was a deputy superintendent while another was a district commander, so what? CLOUT!

You make it sound like the job was legit, Paul.

Northside, these girls were all college graduates like you. This was back in the 1970’s when you had to have more than clout alone. It was not the mess that it is today.

Name the deputy superintendent and the commander with their distinguished records of achievement that entitled them to the exempt positions. Felony arrests? Street cop?

Some of the best coppers I've ever known had no more than a high school diploma.

Northside these gals were better qualified had a lot more guts than that coward we call J-Fled.

You forgot one thing pal, they were not hired to be robocops or crimebusters like we were. They were policewomen sent to the youth division with no chance of promotion. Later they were asked to trade in their policewoman stars for one that said patrolman and cross-dress as men.

Most all reluctantly traded in their pantyhose for pants. They were women sent to do a man's job, go figure...