Blago Has the Goods On Obama, Fireworks Starting 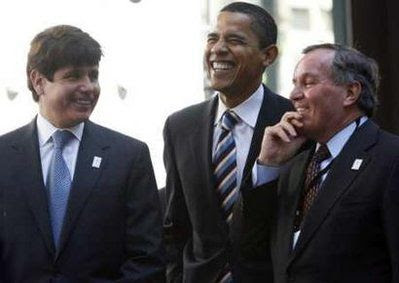 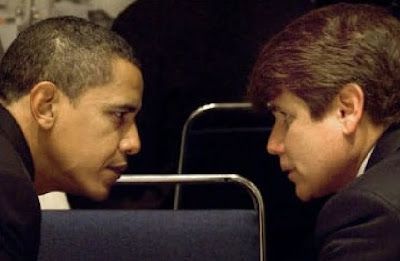 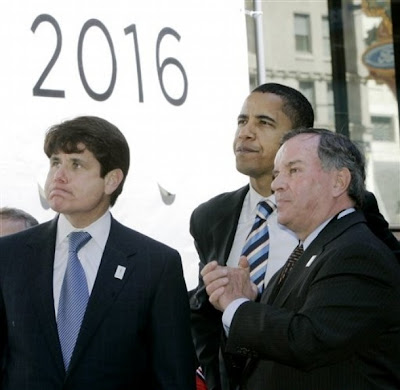 Chicago, IL-The Regular Democratic Party Organization here is nothing more than a criminal Mob enterprise operated by the Daley-Burke Crime Families. They exist through racketeering, bribery, extortion, theft of public funds and a code of silence.

Former Governor Rod Blagojevich got sideways with his former friends and that gave the U.S. Attorney here, Patrick J. Fitzgerald rare job security through a changing Presidential administration. Fitzgerald has enough knowledge to destroy Barack Obama and is holding a trump card as J. Edgar Hoover did over everyone during his dynasty at the FBI. Wire-taping was the tool for both men.

When Blagojevich was arrested his former pals that endorsed him for the state’s highest office quickly labeled him as mentally ill and a liar before he said a word in his own defense. Blagojevich was part of the crime cabal, wheeling and dealing no differently than anyone else in that cesspool.

Now Blagojevich’s lawyers are seeking to subpoena Barack Obama. That’s not a dumb move since Blagojevich has the goods on our Socialist leader. Obama has the both the need and ability to force the case against Blagojevich to quietly end.

As for the wire-taped conversations Fitzgerald has, they are being kept secret. They can only be one reason for that and it’s called a cover-up. That’s what has been Fitzgerald’s trump card he hopes will perhaps even land him a seat on the U.S. Supreme Court.

I can’t predict just what will happen other than to say Fitzgerald will do anything and everything to protect Obama. Blagojevich should simply come clean and go public with everything he knows about the former members of that Chicago criminal enterprise that included Barack Obama. The conspiracy and cover-up needs to end. Obama needs to be exposed, removed from the Whitehouse, tried and put in prison with all of his fellow mobsters.
Posted by Paul Huebl Crimefile News at 4/22/2010 10:48:00 AM

Prison Paul? These are high crimes and treasonous offenses upon the People for which they stand. Hang these turds until dead, dead, dead! As was done to Custer, poke their ear drums with an awl so they'll hear better in the next life. This shit has got to end.......

This man will not go down without a good street fight. If he goes down, so will everyone around him.

Im no blago fan,but there is a greater good here.I would give Blago immunity from prosecution to expose the chocolate jesus and his Chicago pay for play cronies in a heart beat.