Being an Illegal Alien In Arizona Is Now Illegal 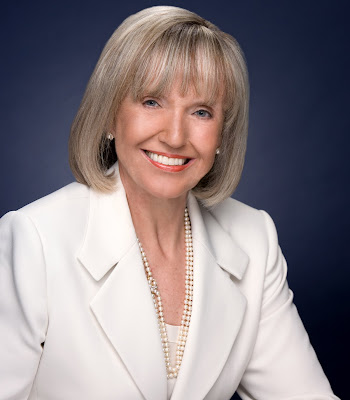 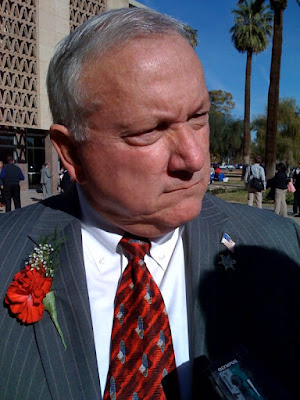 Phoenix, AZ—With our medical care facilities and schools overwhelmed with trespassers from all of Central and South America and we are in a major crisis. Adding to the fact that jobs being held by American citizens and lawful immigrants are rapidly vanishing, the people of Arizona are under attack.

Arizona Senator Russ Pearce introduced legislation to help our federal government with the mission they’ve been unable or unwilling to do. That legislation passed both Houses and has been signed by Governor Jan Brewer. Police can now arrest these trespassers on state charges if they dare set foot in Arizona.

The illegal aliens already in Arizona can alleviate the threat of arrest and imprisonment by simply going away. That’s really very simple.

President Barack Obama in violation of his oath has openly favored the current policy of not enforcing existing laws. Obama has now attacked Arizona for taking action to remedy the problem.

I’m proud to have known Russ Pearce since he was a young Maricopa County deputy sheriff 33 years ago. I’ve also known Jan Brewer for at least 30 years and found her to be a freedom loving Conservative American.

The Leftists want what they call, Immigration Reform. That misleading title is bogus. Their idea of reform is the simple repeal of existing immigration laws and amnesty. We have a legitimate system for immigration that overwhelmingly favors the ignorant, and entitlement hungry from our Southern border. That over educated, English speaking people from Europe we know will never be a burden to taxpayers.

We should realize a substantial Arizona entitlement tab drop along with those unpaid hospital bills and public school enrolment. Those statistics may reveal just how expensive open borders are to taxpayers.
Our neighbors south of the border have only exported crime, poverty and drugs to Arizona and the United States.

Barack Obama is by far the largest threat America has ever faced to its Constitution and way of life. Obama is Public Enemy #1. All Americans have a duty to rid ourselves of Obama and his Socialist cronies or we will deserve what we get.

Sit back and watch my long time friend Frank Camacho report on this new law at the State Capital.

Send Jan a quick "thank you".

IF THE FEDERAL GOVERNMENT WONT ENFORCE IMMIGRATION LAWS--STATES WILL.

Legal citizens who jumped through hoops are welcome--but illegal immigrants will not get any Amnesty--leading to citizenship.
Arizona Govern Jan Brewer has more--SPINE--than the majority of our politicians, to fight the overpowering onslaught of illegal immigration. She signed the 1070 immigration bill. Arizona a border state is rampant with murders, home invasion, kidnappings, rapes, assaults and one of the highest crime rates, by illegal immigrants. Its ignorance and indifference of Washington, not to enforce our immigration laws? In fact they have purposely underfunded them.

San. Harry Reid (D-NV) is not being ousted just for health care reform, but being a puppet of open border-special interests groups? LETS MAKE THAT CLEAR. One thing for absolutely sure, desperate illegal alien families will be fleeing Arizona, for more greener pastures such as California. Seeing California is a Refuge state for illegal foreigners and already has the largest illegal population in Unites States other than New York. Now starving for billions of dollars, California will have to amend their own enforcement laws to stop the massive migration or pay a heavy price in extorting more money from taxpayers. Then there is always Utah, Texas, New Mexico or even farther states such as Washington. ONE THINGS FOR SURE, THAT THEY MAY PASS SOME FORMULATION OF IMMIGRATION REFORM. BUT AMERICA WILL FIGHT TOOTH AND NAIL THAT NO "PATH--TO--CITIZENSHIP" FOR THOSE WHO CAME HERE ILLEGALLY. I am personally a tea partier a moderate Conservative and definitely not a Democrat and Republicans.-and illegal immigration is the no.1 priority to me, and must be stopped for good.

Californian's are under financial hardship owing to the welfare programs that caters to illegal alien families, and with an outpouring of Arizona's illegals the Sacramento budget will triple in handouts. Californian's, specifically Angelino’s and San Francisco. There should be no excuse why FEDERAL SOLDIERS SHOULD BE NOT DEPLOYED TO THE 2000 MILE BORDER. They need to police the border, with the under-manned border patrol and even poorly funded law enforcement agencies. Sheriffs and deputies that are in a very dangerous area are basically armed, against heinous felons, drug cartels, skin traffickers, smugglers and the flow of unceasing indigent illegal immigrants. LET ME REITERATE, THAT IMMIGRATION ENFORCEMENT IS ONLY SEEN TO WORK. BUT THE TRUTH IS ITS NOT ENFORCED--THAT RIGHT NOW HOMELAND SECURITY HAS CUT BUDGETS FOR IMMIGRATION ENFORCEMENT. If you are--NOT--an open border extremist, join the organization that is fighting for our rights, your language, freedoms and liberty at NumbersUSA.

Personally as a Tea party member I will forward Emails to others in the growing party, to vacation in the great courageous state of Arizona.

This state will almost resemble America again. What the Hell are we waiting for? Arizona here we come!

What they need to do now is setup road blocks on all major highways leading out of AZ and do random DUI checks. Check those ID's!

Allowing illegals amnesty or being a sanctuary state or country is a slap in the face to those that came to this country LEGALLY. Why would you expect that those that would break our laws to get into our country would respect and abide by our laws once here?

Again apply logic, truth, and reason versus thinking with your emotions wins every time.

Is there a glimmer of hope left in America?I think so if we fight for it.The States are ever so slowly fighting the feds and recognizing the 9th and 10th amendments.