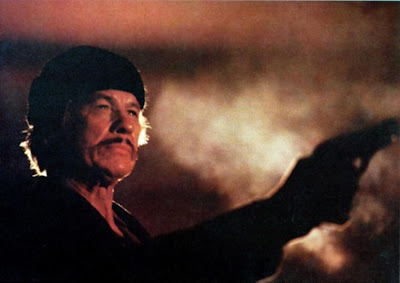 Chicago, IL—In this lawless town trying to win Olympic games, roving bands of Ghetto Rats are preying upon White people. There have been numerous incidents where the cowardly Black and Hispanic predators have ambushed, severely beaten and robbed White people out walking at night.

I’m calling on that icon from those Charles Bronson Death Wish films, to come and exterminate these rats. Okay Kersey is a fictional character, but we need a real one right now with an unregistered .45 semi-automatic handgun and the skills to use it effectively. Don’t ever attempt this with a small caliber gun!

To our new hero, dress nicely while you walk and act intimidated so you can be proper bait. As they approach don’t give them the slightest chance to move before you fire no less than two shots into each offender. If they are not motionless give them some more hot lead. Simply leave the area and avoid the police after you’ve completed you assignment.

You not need be a male to fill this role and couples are encouraged to make the hood rats uncomfortable as possible. Perhaps they will return to their own neighborhoods if any survive.

If this sounds drastic, it is. This is about survival of the fittest and the Ghetto Rats are too nasty and stupid to be allowed to live.

By the way this would be justifiable homicide.

Be smart, carry a handgun, the life you save may be your own!

During ww2 I killed many japs with a browning 25 vest pocket baby browning. It has remarkable stoping power and its engraved to boot.
So there Paul...take that,

Hawood I have it on good authority those were only a few Gay Jap mice not soldiers!

Get a real gun!

Thanks for posting this! I had not seen it on the news. I read about it on another blog. We SURELY do need a Paul Kersey type! These scum should be publicly executed, if you ask me. It's bad enuf they are robbing someone, but to beat them up, this City is getting worse by the day!